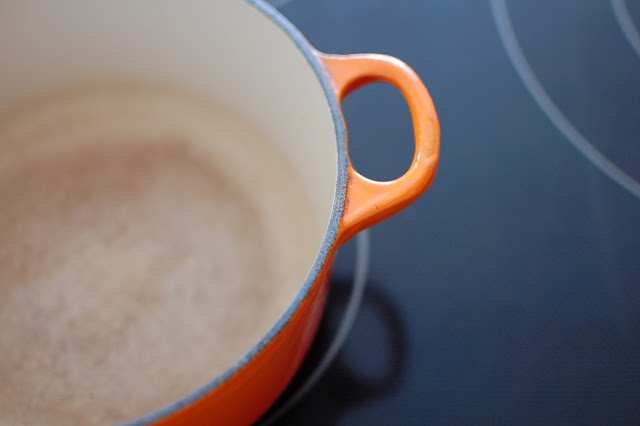 It is possible that I write about oatmeal more than I should.
I mean, oatmeal?
This weekend, I made a traditional French Pastry with a name that escapes me at the moment. The dough was soft and not stiff as was prescribed, it did not rise under a sunlit farmhouse window as was illustrated in the cookbook, and in the end, although I caught it just in time to be able to make it taste like caramel, it burned.
I couldn’t write about that one.
Then, I every intention of making Boston Cream Pie.  We were off to my friend Amy’s for dinner, and the dessert bar is quite high at her house, and it seemed like the right day to make my first Boston Cream Pie.  Except that we moved the bedrooms instead, and I spent the day throwing out silly bands and assembling Ikea furniture (and swearing in the Ikea language), so I couldn’t write about that one, either, since in the end I brought 2 pints of ice cream (yes, from the store) to Amy’s. 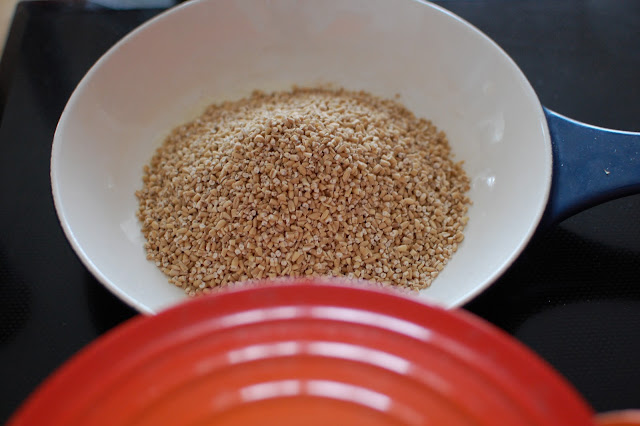 But I wouldn’t want you to think that oatmeal was the fallback, the “Oh well, none of my fancy desserts turned out, so I guess I’ll just write about boring old oatmeal again–maybe no one will notice as long as I photograph my trusty orange Le Creuset” kind of post.  Because there is nothing boring about this one.  Nothing!

And every time, I’m glad we did.

Joey is not an oatmeal fan.  I used to make slow cooker porridge all the time, and he used to eat it, and then he said, honey?  I’m can’t do this anymore.  The girls, on the other hand, would eat bowls and bowls of it, and so the oatmeal prevailed.  Then Rosie stopped eating it, and I lost momentum.  And then I didn’t really want it either, and so Sadie was left begging for oatmeal.
Poor child.
But then oatmeal changed it’s clothes.  It became a weekend thing.  A sweet and fancy takes-a-while-to-make breakfast.  Yes, it seems that the problem was not enough butter, and not enough sweet.
Isn’t that always the way?
I’m not speaking against slow cooker porridge–I still think it’s a lifesaver.  But you know that feeling sometimes when you sit down in front of a bowl of steel cut oats, and brace your hands on the table, and you say, “This is going to be good for me.”

This oatmeal is entirely different.  It’s still good for you.  But it’s like waffles or pancakes or whatever you like to make when you have more time in the morning.  Rosie ate her sweet Irish oatmeal yesterday, and she looked at me, and she said, “Mom. This is so good.  I’m going to need more.”  Only Sadie had already scraped the pot for her seconds.  So when I say this serves 4, be warned, it’s not the oatmeal that you’re used to.  It might actually serve 3, or 2, or just be prepared for people to be fighting over that last bits in the pot. 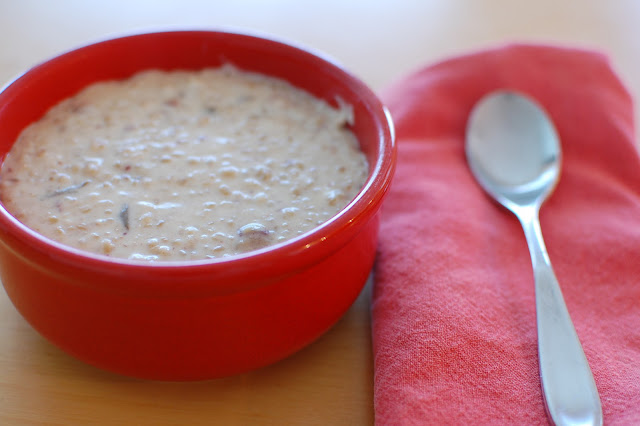 Melt the butter in a small skillet.  Add the oats, and toast them in the butter for a few minutes until they become a bit darker and more fragrant, about 2 minutes.  Remove from heat and set aside.
Bring the milk to a boil in a medium saucepan, stirring occasionally to prevent scorching.  Add the oats to hot milk and cook uncovered at a medium boil for 20 to 30 minutes, or until the mixture thickens.  Continue to stir occasionally to prevent the milk from scorching.
Meanwhile, combine the dates, water, and cardamom in a small pot and bring to a boil.  Cook over medium heat for 10 minutes, or until the whole thing becomes a gooey sauce.  You can add more water if it becomes too thick.  Add the vanilla, and remove from heat.
When the oatmeal is ready, add the salt.  Then stir the date mixture into the oatmeal.  Serve immediately.