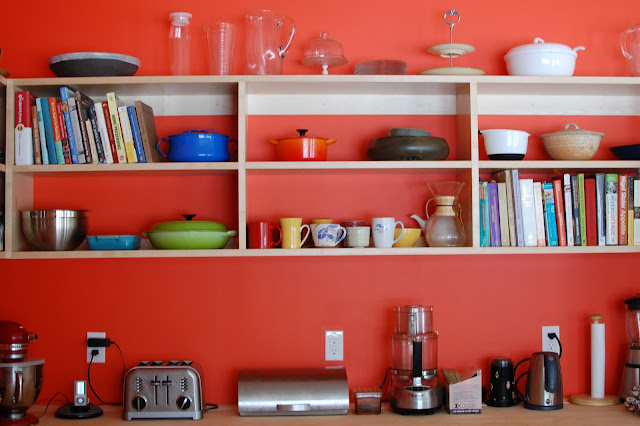 I’d like to introduce you to the new kitchen.
Everything is still shifting around.  The drying rack isn’t mounted to the wall over the sink yet, the counters are temporarily (yeah right!) made of plywood, and there are no pulls on the drawers.
I have far more spices than anyone should ever have, and I can’t quite figure out where to put them. 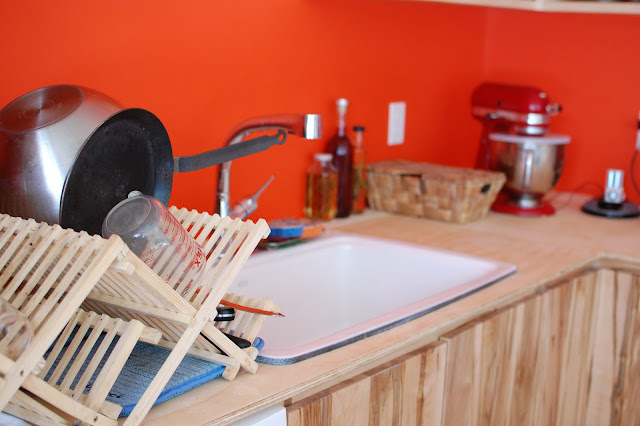 But I am really really happy in this kitchen.

It occurred to me that I’ve never quite gone into the general state of things in our house– why we keep moving from room to room, and why this is the second “check out my new kitchen” post in a year.

This is the story of our house.

Over six years ago, we bought this little house with my parents.  It was a ranch house up on a hill, with fields and forest behind it.  I was pregnant with Rosie and Sadie was 18 months old.  We all came to the decision that we wanted to find away to make a house together.  My sister was six then, and in the end we knew we would be 4 parents and 3 kids, and that if we combined our space and our resources, we would be able to support each other, and Joey and I would be able to stick around in this town that normally we would never be able to live in due to high house prices and property taxes.
So we bought the house, and Joey, Sadie and I moved in.  We knew that we would be renovating soon, so we didn’t really change anything about the house.  We didn’t paint any walls, and we didn’t take out the kitchen sink that was so small you couldn’t even fit a pot into it to fill it with water.

My stepfather is an architect, and we started all working together on the design for the new house.  A few years later, we invited a few friends over and demolished the garage.  Then, we started to build the new side of the house. It was on pretty much the same footprint as the garage, but it was two stories high.

Chris did a lot of the work himself, and so many people came in to help.  Two years later, the new side was done.  It would eventually be the side where my mom and Chris and Maia would live, but Joey and the girls and I moved in so that we could renovate the old side.  That was last year.

In the last few months, the work has been more constant.  There’s usually at least one cussing contractor around, and the hum of the saw has become as comfortable as summer cricket chirping.  It’s all been good, because the end has been in sight.

The end is still in sight, although I’m sure this one will never be quite finished.  We moved into the kitchen this weekend, and in the next week or two, we’ll move into our new bedrooms which are right where the old bedrooms used to be.  Then my parents and Maia will move in, and then we’ll get this party started.

Oh who am I kidding?  This party’s been going on for a while already. 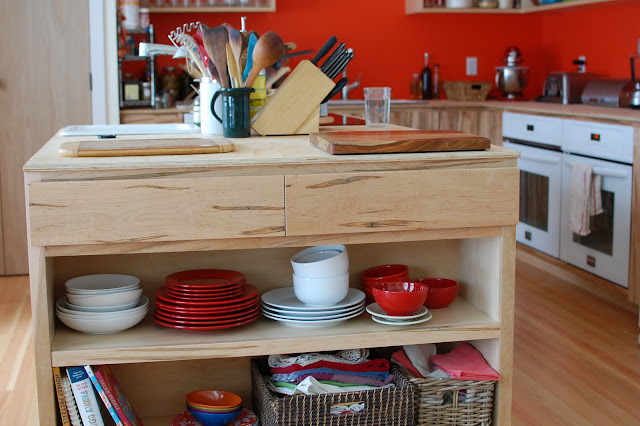 There are so many questions that come when people hear the story and the future of this house. I’m sure that this will all continue to be quite an adventure, and I’ll share it with you along the way.  How could I possible choose to live with my parents?  Well, the short story is that I like them quite a bit.  And my sister just happens to be the best big sister to my girls that I could ask for.  She’s 12 now, so that means we have a prolonged future of teenage girls in the house.  All fun–all the time. 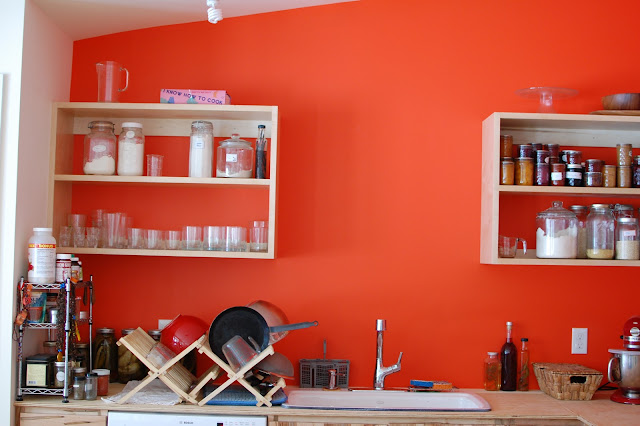 But after so much transition and so much telling myself that this room will change and this wall will come down, it’s fantastic to actually create what we want and what we need.  It makes me feel grownup and settled, but more than that, it just makes me feel like I’m really home.