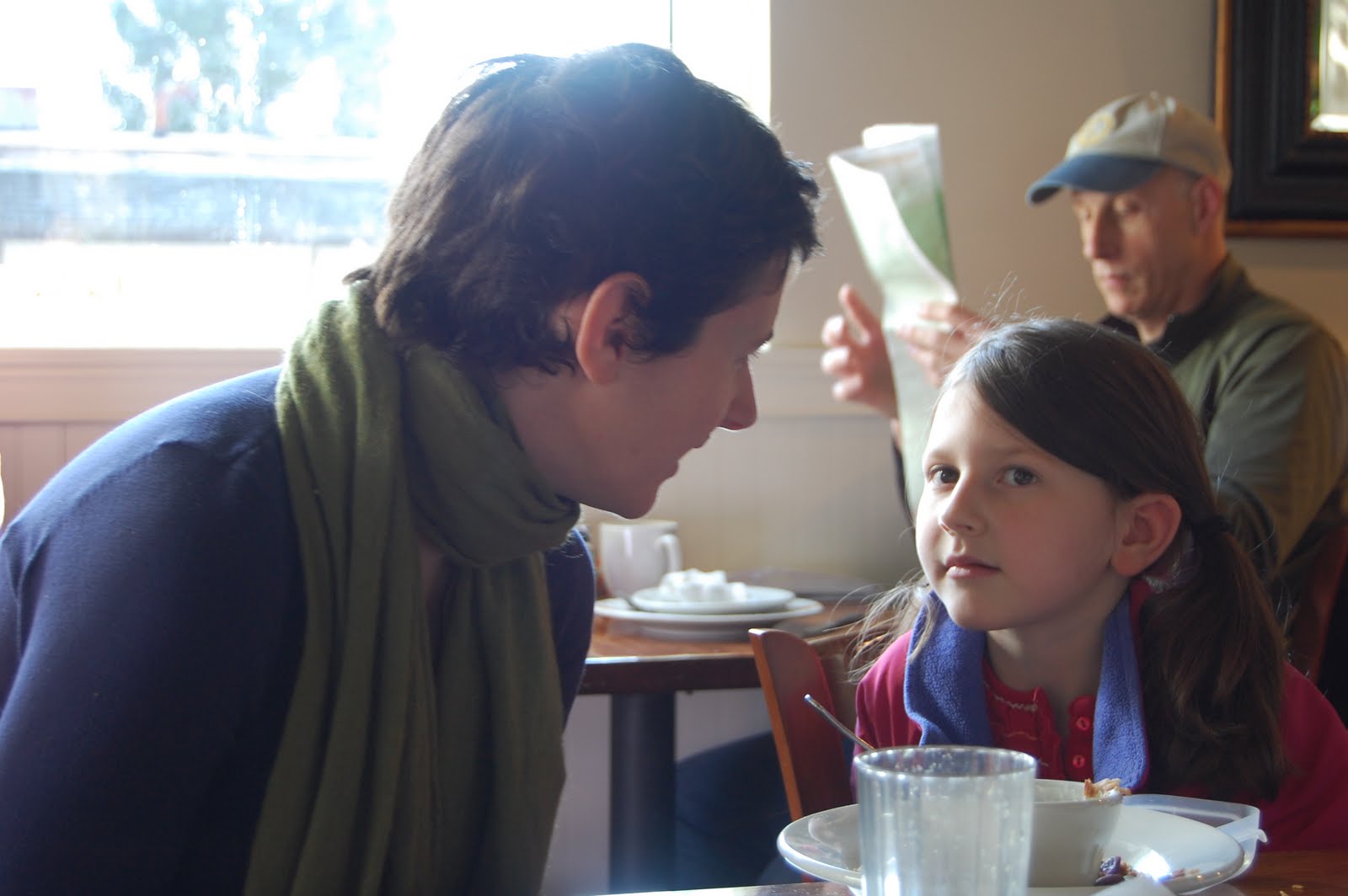 Some people wait to have children until everything is secure. They have their graduate degrees, their 401 K, their house and their habits. That’s not how I did it, so I guess I can’t step into those shoes, but I’d imagine that progression might feel safe in some way. With that schedule, there is time to read the parenting books before the egg is even fertilized, and of course you take infant CPR before the baby arrives.
But I’d go so far as to say that I’ve never met someone who was truly prepared to become a parent. No matter how complete your check list might be, I’d venture that you, like the rest of us, will have your ass kicked by your transition into parenthood. Deciding to bring a human into the world is one hell of a risk.

I’m a girl who really likes her safety. I don’t let the credit card get out of control, and all of you who know me in the real world are aware of how hard it is to get me to drive on a snowy road.

But I’ve been thinking a lot about risk lately. I keep running into people who are doing the bravest things. I’m so impressed. It makes me feel a little bit more courageous.

It’s hard to pull me out of my warm kitchen, and I get down on myself for it. I think, come on Alana, take a risk, for once.

And then I think about the early New Mexico night, a little over seven years ago, when I walked around the block from the Planned Parenthood, utterly stunned, with my boyfriend Joey. We were a month or two past our college graduation, and the world was as wide as the sky. It was summer, and at that moment we walked down Onate St., completely different people than we had been ten minutes ago.

And that was it. We went to the mall and played video games for two hours before we called our parents. Somehow the only thing to do was to shoot aliens for a while. It made sense then, and it makes sense now, knowing what we were in for.

But although we weren’t prepared, we made a choice, and I’d say that that was a risk if ever I saw one.

I’m starting to think that the heart of risk taking is vulnerability, and that the decision to become a parent might just be the clearest example of bringing that vulnerability on. But it doesn’t stop there. Once Sadie, and then Rose came into my life, there was so much more to lose, and just walking down the street started to seem a little risky.

Over the last couple of months, I’ve been working on my risk taking skills. I speak up when I wouldn’t normally. I let the kids go out in the cold morning without a hat, sometimes. Little risks, I know, but have patience with me.

Sadie started a lot of this, that night on Onate street. And I try to respect that- and to see that I better be someone who can show her that it’s a good thing to take a chance. I know that safety has its place, but my life is not it. At least not right now.

So I’m thinking that my warm kitchen might actually be the riskiest place to be after all. I’ve given notice at my job, and I’m going to jump in to this thing that seems to make me so happy.

And to you, I confess that something has changed. It’s taken me a few weeks to admit this, but if I can’t tell you, who can I tell? Writing this is a bit terrifying, but in my own mind, without apologies or statements starting with “but”, I’m calling myself a writer. A writer who writes about food.