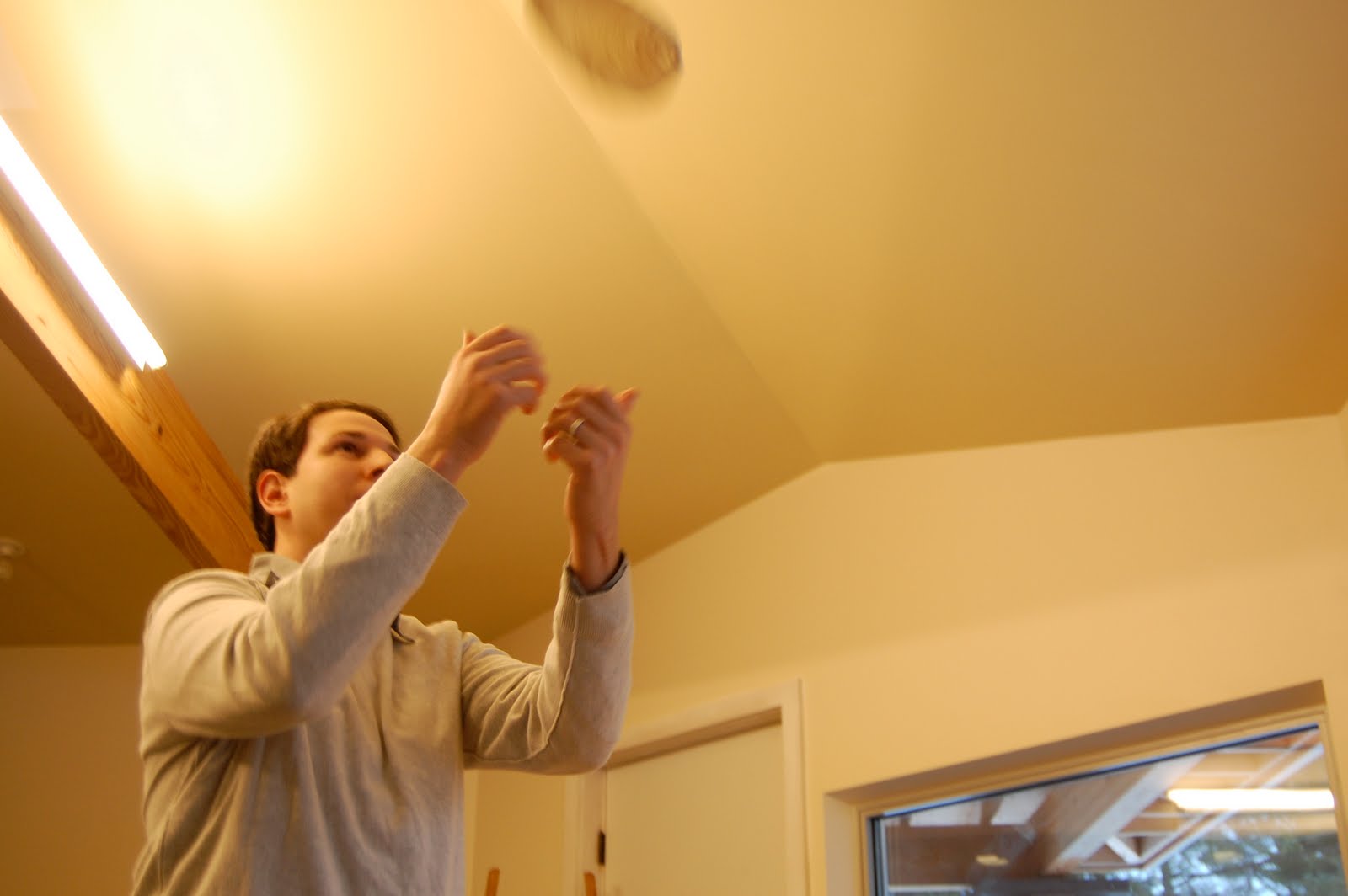 You see, we have a bit of a pizza issue in our marriage.
I’ve told you a little about it I think, but it’s time we have the whole thing out in the open.
Joey worked at a pizza place in Denver for nine years. He started folding boxes there far before he was of legal working age, and moved on to working in the kitchen and delivering pizzas when he could get behind the wheel.
His father also worked there, and still delivers pizzas once a week. You could say that this place was, well, a family institution. I think that if one took a cell sample from Joey when he was 18, they would find that he was probably about 88% pizza. It is part of his chemical make up, but it is also, in some ways, the food of his soul. 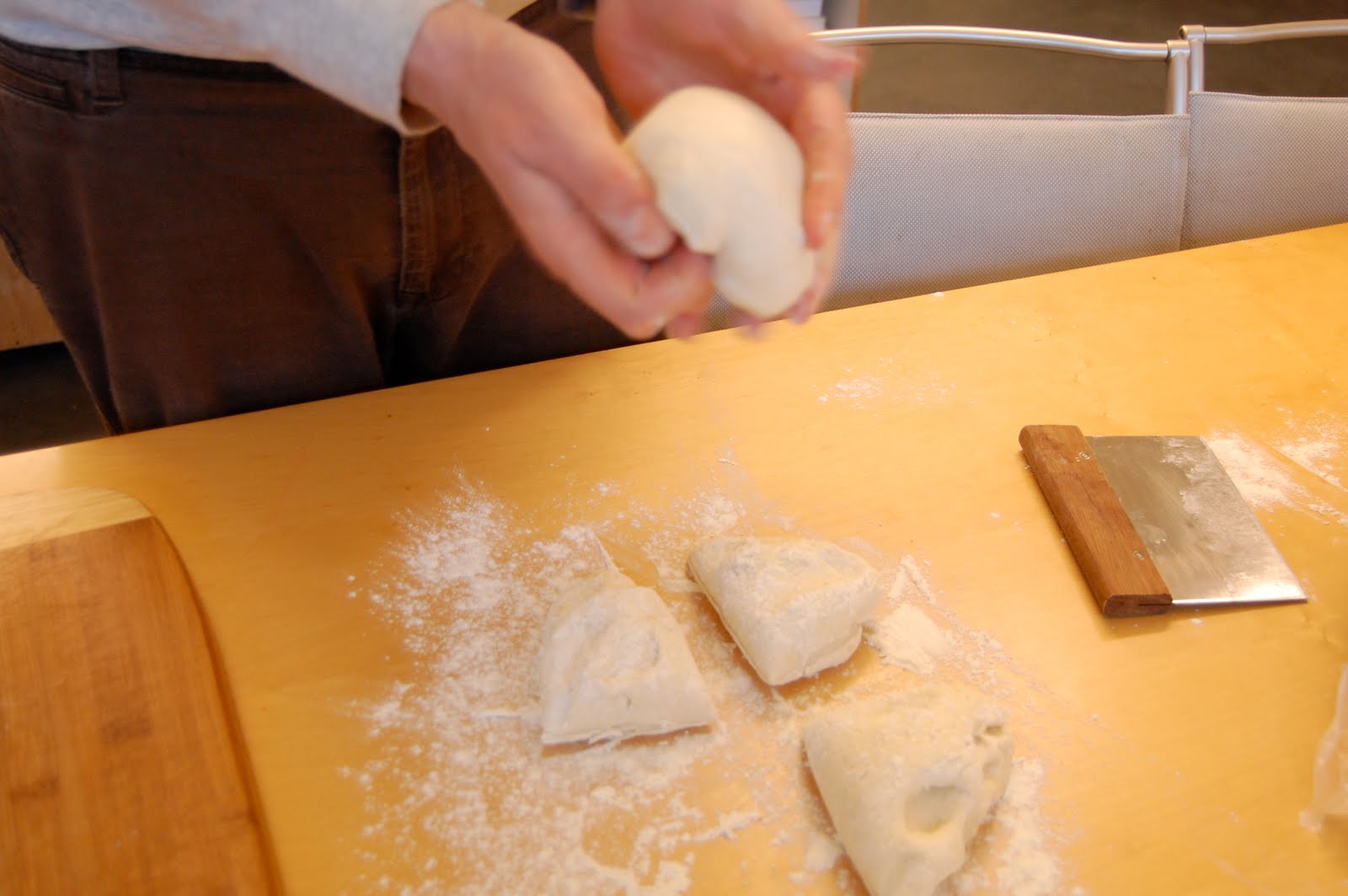 I like pizza- I always have. I like greasy pizza and healthy pizza. I can’t really argue with bread and cheese. But when Joey was growing up eating pizza all day long, I had my own limited diet. I was a picky kid, and for years, my mother made me noodles, with broccoli and cheese on the side. My chemical makeup was more like 88% wheat, cheese, and broccoli.
So you can guess what my favorite kind of pizza is.
Once at the pizza place where Joey grew up, he claims that the manager threw someone out of the joint for asking if they could put broccoli on his pizza. Joey cheers as he tells this story. You can imagine the conflict, I’m sure.
But it doesn’t end there. As you might have noticed, I like to make food at home. The dining out budget is fairly nonexistent, and most of the time we can have more fun and eat better at home. And what’s more, it’s my thing! So, every so often, I make pizza at home.
I make the dough, I make the sauce. Hell, I even make the cheese. And when it comes time to shape the dough, I fall apart. There are holes in the bottom- the whole mess has to be catapulted onto the pizza stone. And it is never remotely circular. 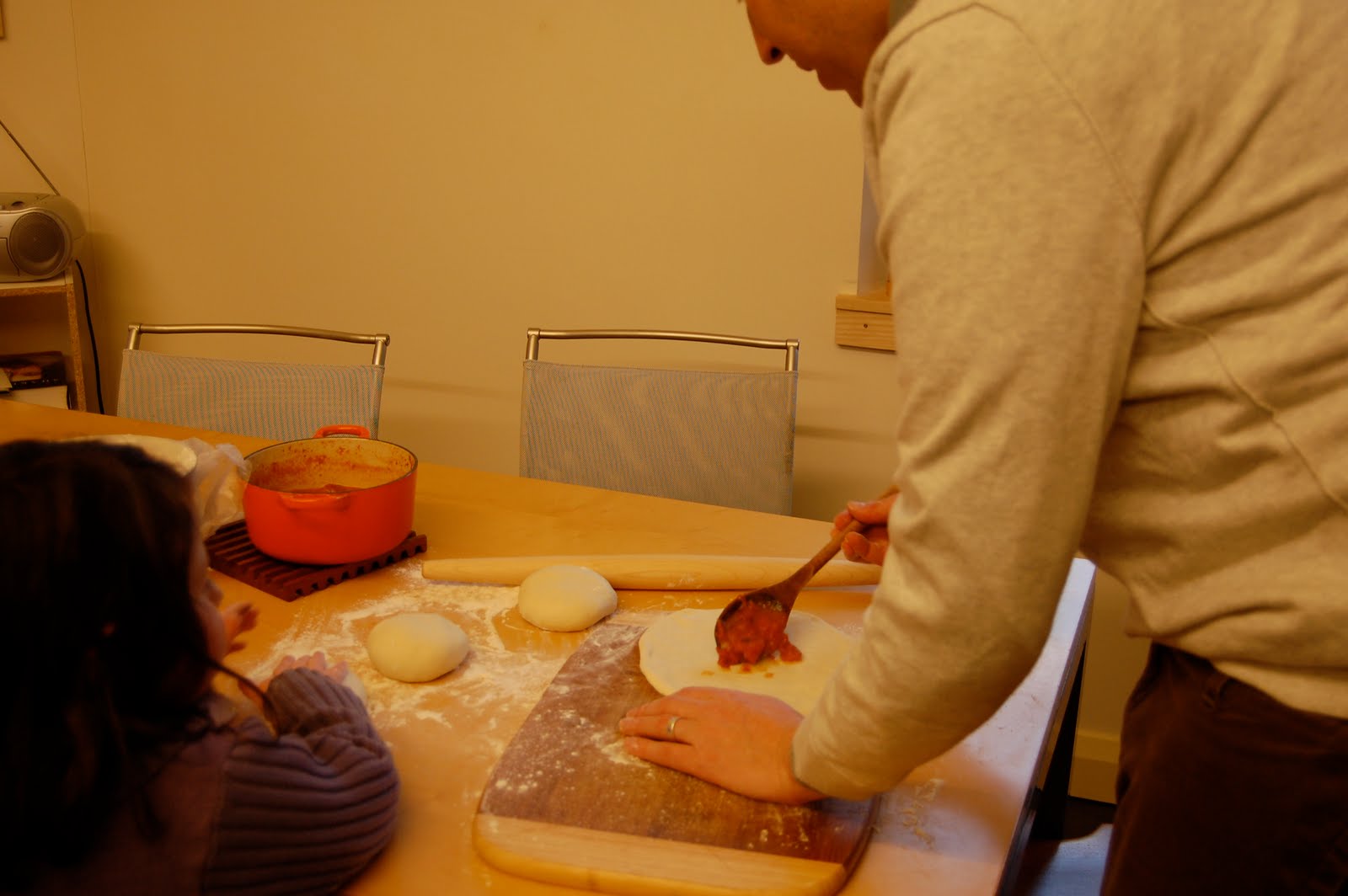 Every time I am about to embark on this failing mission, I appeal to Joey.
“You know how to do this. Won’t you make this right?”
He puts on his stubborn face. (I have one of these too, I’m sure, but he is an Aries, and so his is much better)
“Pizza is like Chinese Food. It should not be made at home.”
He says this as I am mangling the dough, stretching it into something that the girls will refer to as teddy bear head pizza.
Maybe he’s right, I don’t know. But maybe I’m right! Maybe everything should be made at home!
Part of the issue until recently has been that he has hated my crust. I have hated my crust too, but I have my stubborn moments as well, and I suffered through. By refusing to employ his expertise to shape my dough into lovely little pizzas, he was, I think, trying to get me to stop making pizza at home altogether. That way, he could stop having to eat pizza that was so far below his standard, and as he saw it, just wrong.
But then, something changed.
Last year, Joey walked in the door one day with a new Cuisinart food processor. I had had a line of food processors before it, all found at the dump or handed down from friends who had upgraded. Two months earlier, the most recent food processor had died, and I had cried. This day was not my birthday or mother’s day, it was simply the day that Joey chose to express his love with a random and substantial material good, and I’m telling you, I felt very very loved. We made popcorn, sat together on the couch, and we watched the how-to dvd as if it were the latest Oscar nominated sci fi thriller. And as I observed the resident bread expert for Cuisinart make his pizza dough in there, I thought, that’s it. That’s my crust. It had all the same ingredients as crusts I had tried in the past, but something deeper in me thought, “this appliance has magic in it.” 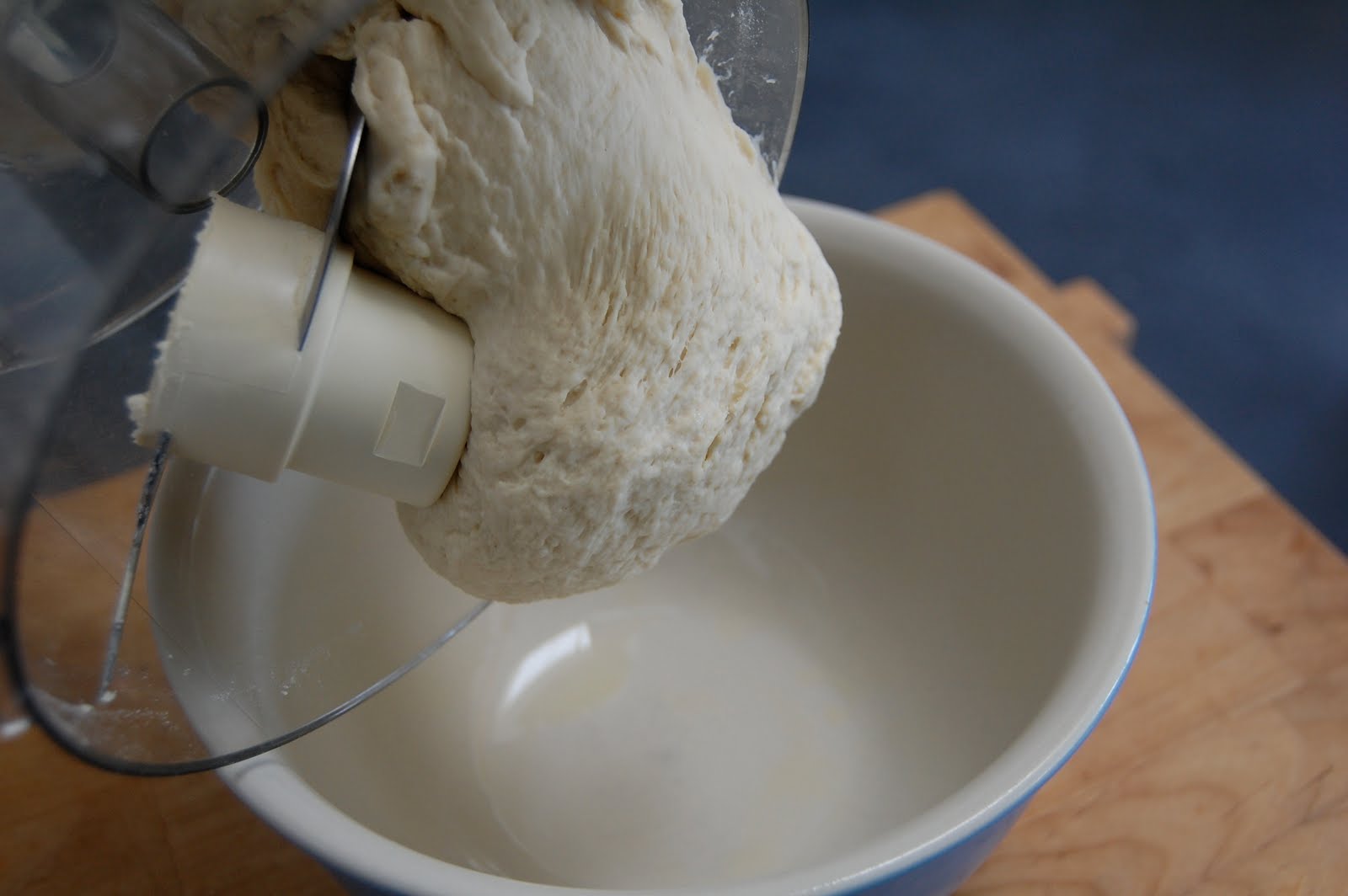 It took me a while to try it out, but when I did, the response was immediate. Joey took a bite of the oddly shaped pie, and, deeply confused, commented on how good the crust was.
Magic.
I made it again, and Joey started to get used to the idea of actually enjoying pizza at home. And the other day, as I pulled dough that I had made earlier out of the fridge, he said,
“Do you want me to make them?”
Success.
He made four perfect little pizzas, one for each of us. I used this sauce, which is fantastic for pizza, and of course this cheese, which I’ve found melts like a dream. Plain for Rosie. Bacon for Joey. Bacon and spinach for Sadie. And for me? Bacon and, well, you know. 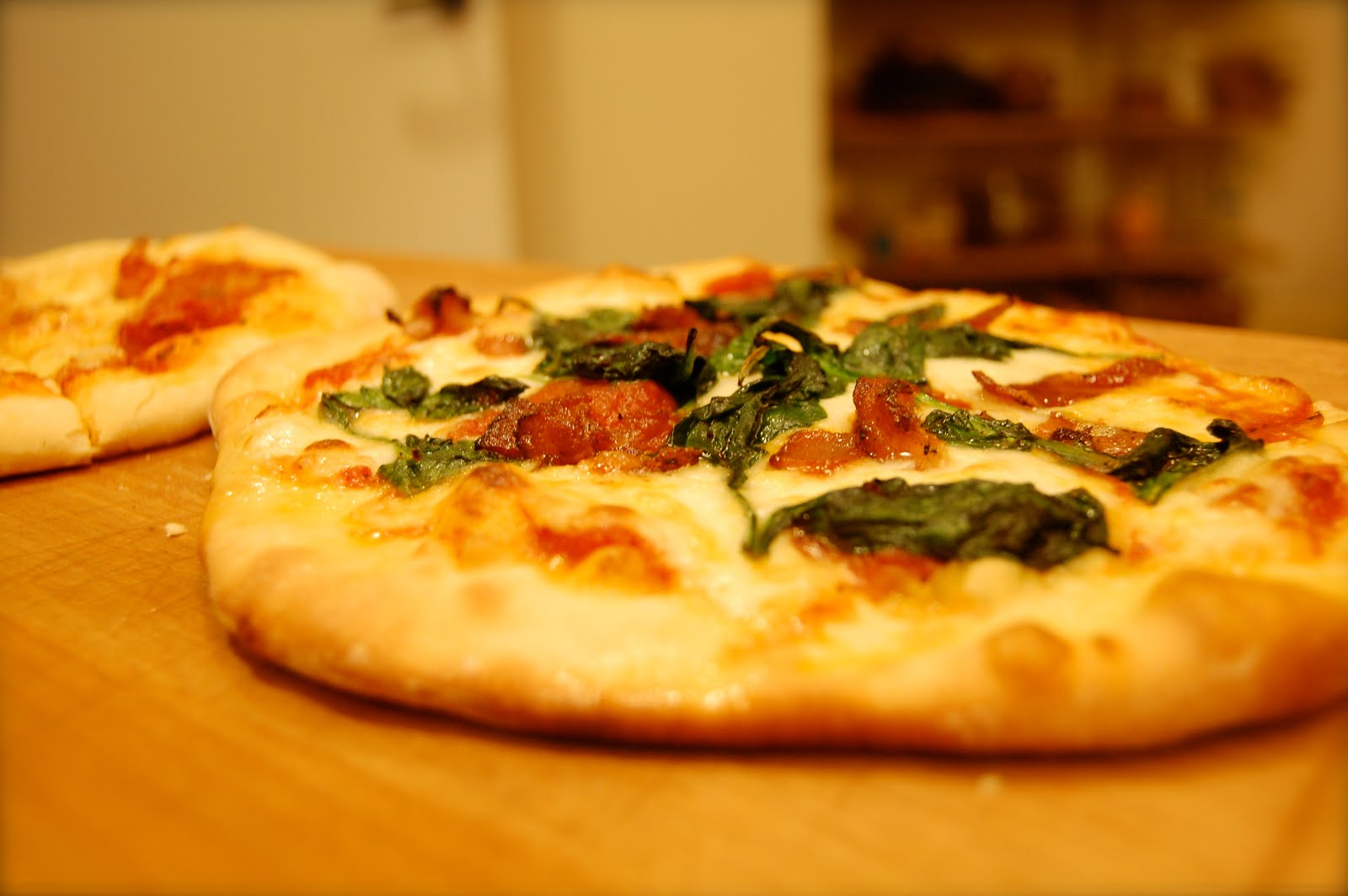 In a liquid measuring cup, combine the water, yeast, and sugar. Let stand for five minutes, and watch for little bubbles. If there is no activity at all, throw away and start with new yeast.
Fit your food processor with the dough blade. In the bowl of the food processor, combine the flour, salt, and 2 teaspoons of the olive oil.
With the machine running on dough speed, add the liquid as fast as the flour will absorb it. Process until the dough forms a ball and clings to the blade, then process for another 30 seconds.
With the remaining teaspoon of oil, oil a medium sized bowl and a piece of plastic wrap. Place the dough in the bowl, cover it with plastic wrap, and leave it in a warm place to rise. Let it rise for an hour, or until it has doubled in bulk. After and hour, punch it down, and use immediately or place in the refrigerator until ready to use.