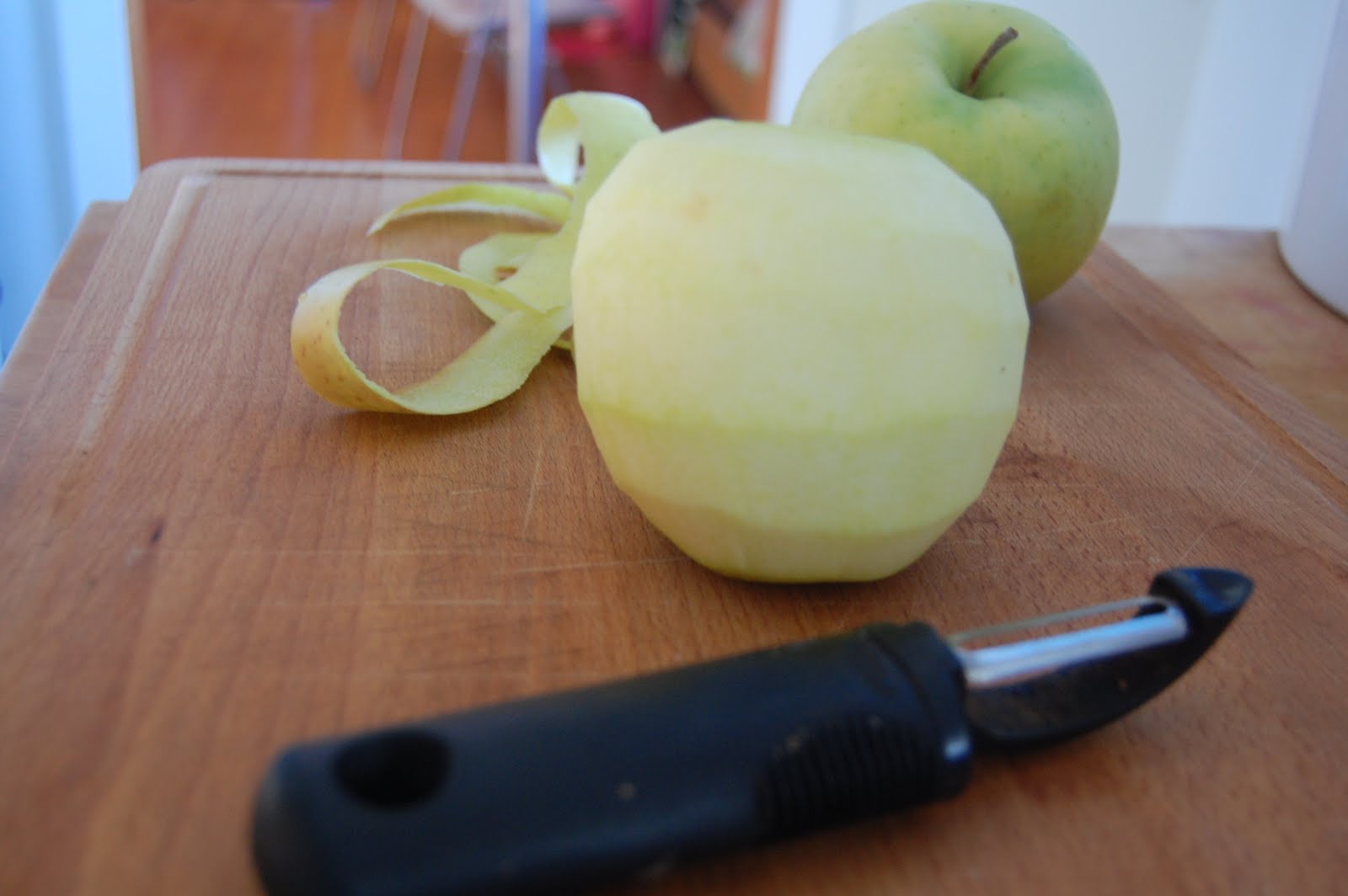 My grandmother held to a few very strong superstitions. I’m not sure why- it didn’t really make sense with her personality. But two of her superstitious maxims have clung to me, no matter how hard I try to shake them. The first is that you should never EVER sleep with your feet towards the door of a room. She would always say that that was the way you would leave the room on your last day, so you better not tempt it. I try to tell myself that I don’t hold to this, but really, between you and me, I have been known to shift a bed to the diagonal in the middle of the night because her warnings are keeping me a little bit awake.
The second one is a bit lighter in nature. She would always say that if you could keep the peel whole as you skinned an entire apple, that was just about the luckiest thing that could happen to you in the kitchen.

This morning I dragged my still sick but getting better self out of bed to make something exciting for breakfast. Sadie’s wheat free-ness always puts a challenge on the fancy Sunday breakfast choices, so when I saw this lovely oatmeal in the new Gourmet cookbook, I decided this would be just the thing. 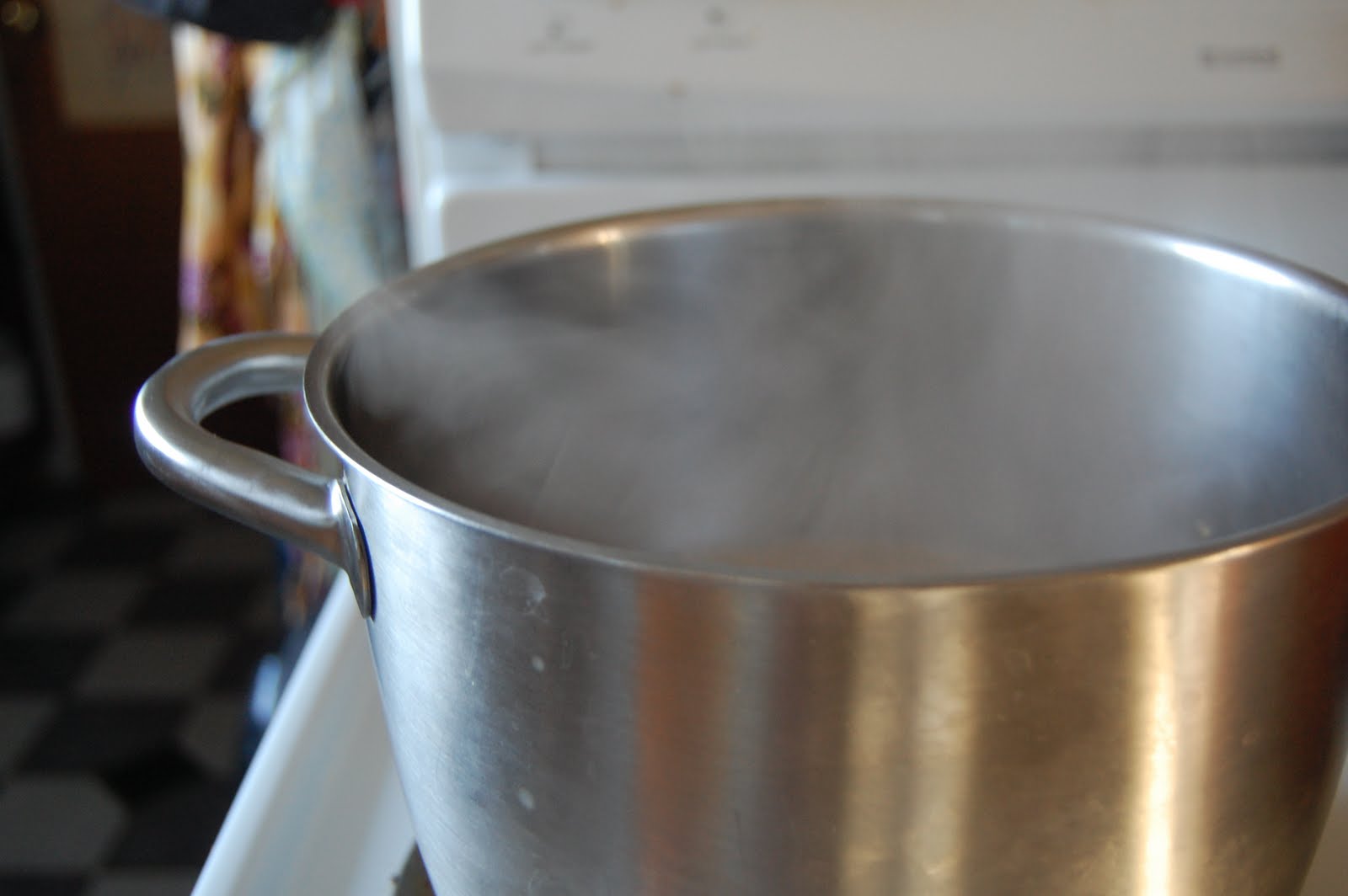 Yes, we eat a fair amount of oatmeal around here, always steel cut oats, and always in the slow cooker. It works, and it keeps everyone going, but it’s not exciting, and it’s certainly not fancy Sunday material.
Oh, ho, except this one uses… ready for this?…just a tad short of an entire stick of butter for four servings. I actually threw in that last tablespoon of butter out of laziness, and I think we all were better for it. So a stick, a stick of butter! De-licious.
I knew that I was making the right recipe, because even though it was 7:30 on a Sunday morning and I hadn’t had a sip of coffee yet, I got the entire peel of that first Mutsu apple off in one piece. Those Mutsus are big apples, and I figure this is extra lucky.
Before I give you the recipe, I must admit one more thing. The recipe calls for half-and-half, but I had none. What I did have, however, was some of Paul’s raw cream from this week. I don’t think this can even be classified as heavy cream. It goes into some other territory- let’s just call it heaven. 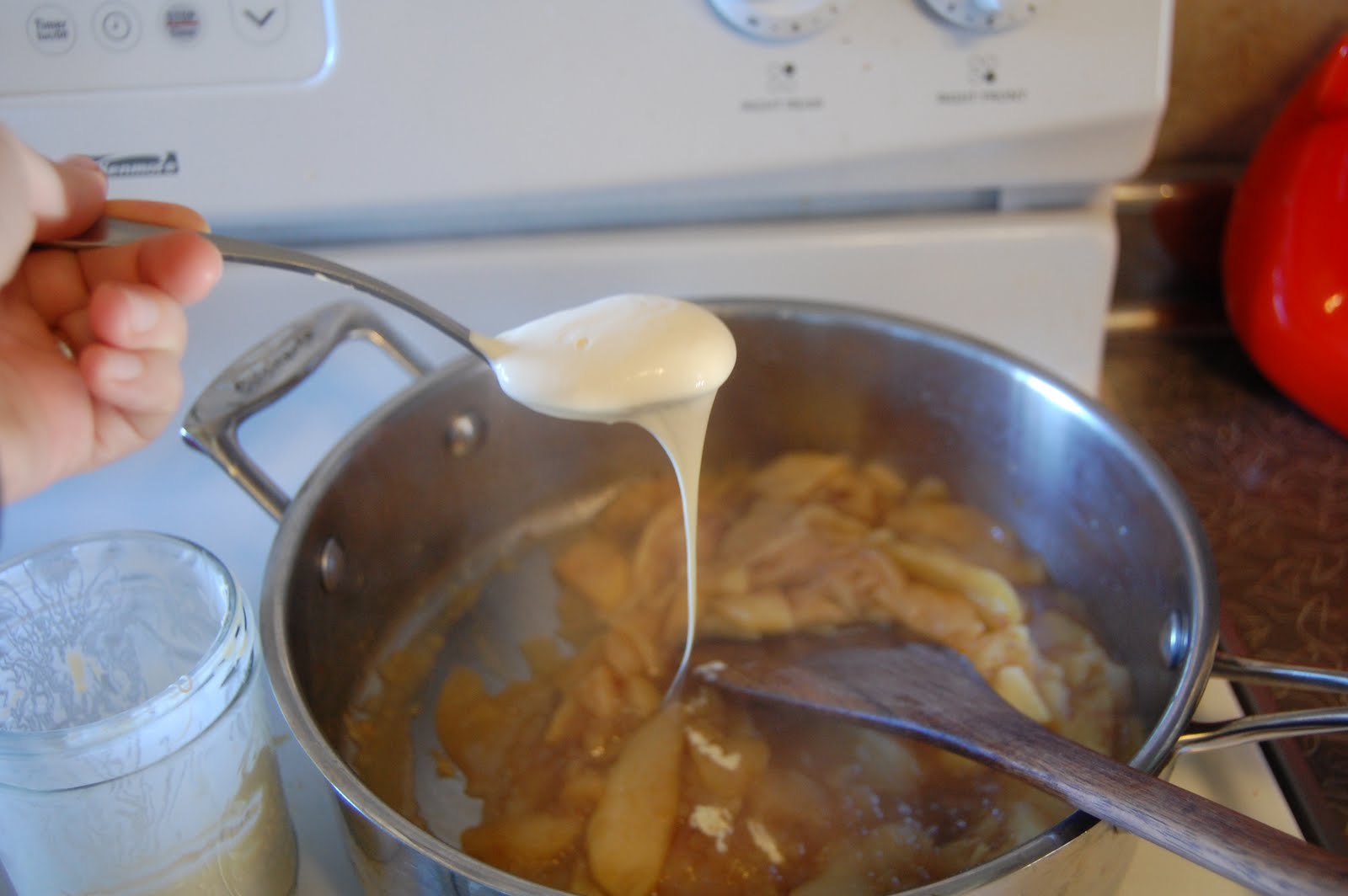 But you go on ahead and use half-and half. This will still be the best damn oatmeal you’ve ever had. 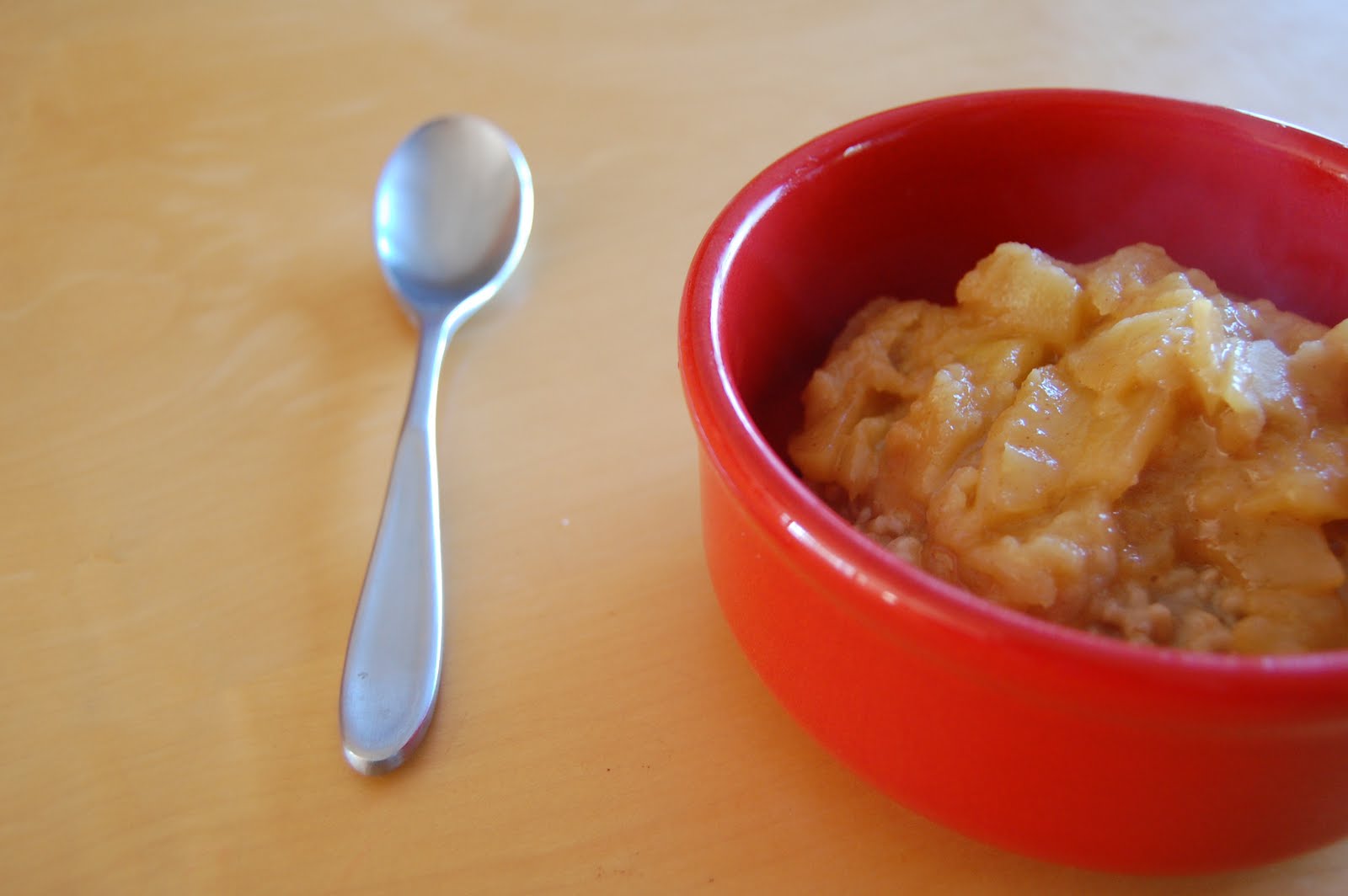 For the topping:
1/2 stick unsalted butter (or throw in that last chunk if you’re lazy)
2 Gala or Fuji apples (I used Mutsu), peeled, cored, and cut lengthwise into 1/4 inch-thick slices
1/2 cup packed light brown sugar
1/8 teaspoon salt
1/4 cup half and half (or heaven if you can get your hands on it)

Make the oatmeal:
Heat butter in a 3-quart heavy saucepan over moderate heat until foam subsides. Add oats and cook, stirring, until oats are pale golden and have a nutty fragrance, about 4 minutes. Carefully add boiling water and salt and boil, stirring occasionally, until oats swell and oatmeal thickens slightly, about 10 minutes. Reduce heat and simmer, stirring occasionally, until oatmeal is soft and thickened, about 20 to 30 minutes. Keep it low and check on it often- you don’t want to burn the bottom.
Meanwhile, make the topping:
Melt butter in a heavy skillet over moderately high heat. Add apples and cook, stirring occasionally, until they begin to brown. Reduce heat to moderate, add brown sugar and salt, and cook, stirring gently, until sugar is melted. Simmer topping until apples are very tender and almost translucent, about 15 minutes. Stir in half-and half and simmer until thickened, about 5 minutes.
Serve the topping over the oatmeal.