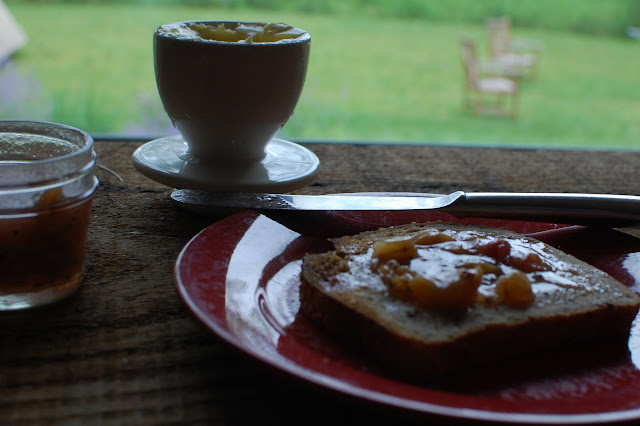 I have some memories that I know I never lived.  Some tastes that bring me back to places I’ve never been, and to people I’ve never met. 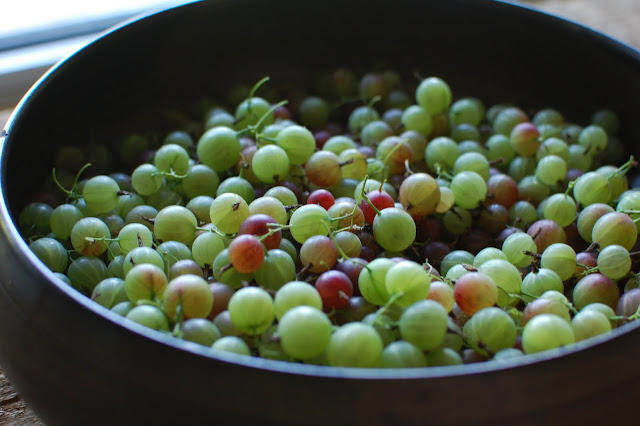 My great-grandmother on my father’s side was a woman called Buckner Hollingsworth. I have heard that she was a woman of many talents, but the one by which she is remembered by the few people who find her books in a dusty and treasured corner of a used book store or who happen to be studying the history the areas where anthropology and flowers coincide is that she wrote about gardening and flowers. 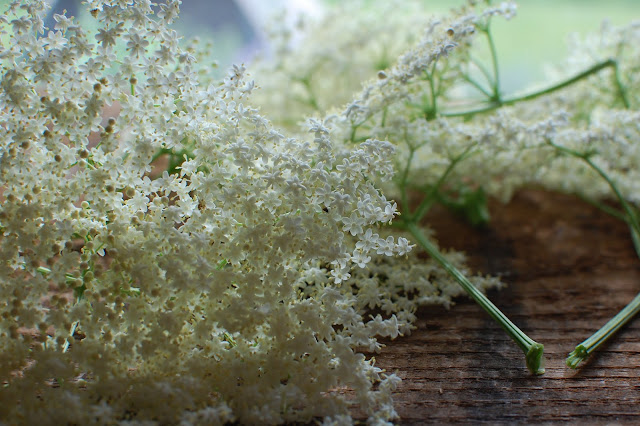 To say “my father’s side” still sticks a bit in my throat, and although the mention of sides at all seems to imply that there is half of me from one place and half of my from another, I am one of those people for whom that is just not true.

I was raised only by my mother, and she descended from Eastern European Jews on both sides. We were never religious, but there was a fair amount of Yiddish around, and every funeral to which we traveled was in some Jewish cemetery in New York. My last name growing up was Yost, changed at Ellis Island from Yoskowitz, and there was never any hesitation in my voice when I reported to anyone who asked that yes, I am Jewish. And besides my cousin Sharon the doctor who somehow surpassed the 5′ 2″ height limit of the women (and most men) in the family, I was always the tallest woman in the room at any family reunion. My blue eyes, my decidedly British nose, these features inspired family members to say (with just a bit of disdain), “you favor your father.”

Those who met my father during the few years that he spent with my mother all seemed to speak of him with similar adjectives. He was charismatic (in a creepy way), self-centered, intelligent (though not always using his faculties to the best of his ability), and generally a bad match for my mother. As I grew up with this vision of him, my once every several years phone conversations confirmed it, and right around the time when my mother found me a new father (in my stepfather), I decided that I didn’t have so much in common with the old one.  I was seventeen, and as I let go of my efforts to convince him that he (that is, my old father) really wanted to be a parent, I finally decided to seek out that side of my family through the two people who created my father, his parents.

My father’s parents had divorced when he was a child, and in the same way that my mother came from Eastern European Jewish stock on both sides, he came from English blood on both sides. Both his mother and father were from good, highly educated, American families of British descent, and, true to the interpretation of my aunts and uncles and cousins, I looked exactly like them. 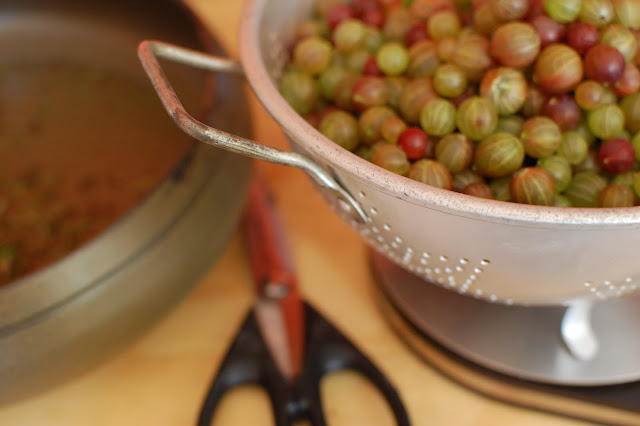 I only bring all this up because I’ve been thinking about those parts of our families that we will never know. In the last several years, I’ve learned a lot about those pieces of that that side of the family, the Hollingsworths and the Kirks and the Mortons, and I’ve sat down with my father’s mother and father many times, and I am so happy to know them and count them as family. My grandfather in particular is kind enough to email a story to me here and there on a regular basis, and I think that it’s through these stories that I do feel more one part my mother’s family and one part my father’s family (and one part my step father’s family too, as luckily there’s endless space for additional parts). 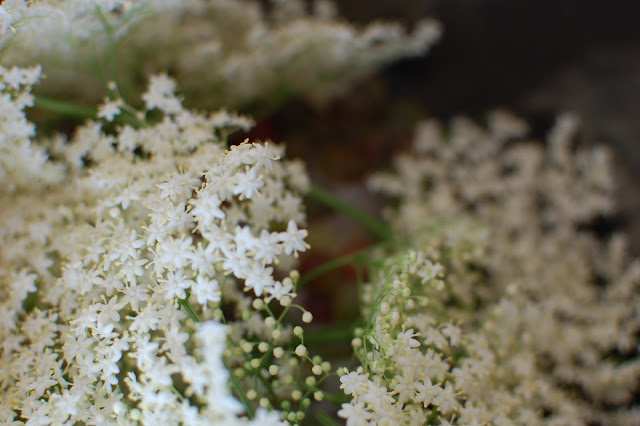 My grandfather’s mother wrote these beautiful books on gardening and her experience in the garden, and through her writing, I’ve had the opportunity to find memories with her even though she died the year after I was born. Because you may never be able to find the book yourself, I feel like I have to give you at least a little taste from Gardening on Main Street.

“Ghosts walk in gardens. Usually they are called up by sentiment. Every spring I carry a cluster         of pansies and lilies of the valley to the secretary of a friend of mine because, on her way to work, she often pauses by the fence to remark that her mother grew and loved pansies and lilies of the valley.
…My ghosts are less personal ones–a valued business acquaintance, three men I never saw, and a farmer-florist who, all unconsciously and because I provided him with an audience, stimulated my childhood interest in the flowering world. None of my family were gardeners, so I have no sentimental memories of my mother or grandmother bending over the plants they tended.” 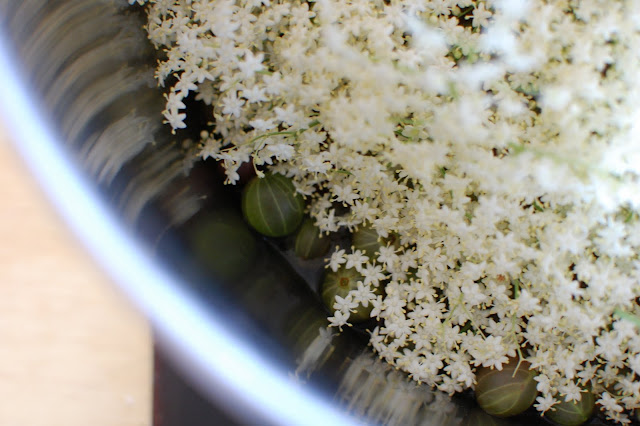 I love the way this woman writes. And I love knowing that in some small way, I come from her. And while I’ve never come across a mention of gooseberries or elderflowers in her books, I can’t help but feel that my sighs over the tiny delicate and fragrant stars of the elderflower and my constant marveling over the striped and translucent rosiness of the tart and complex gooseberry come as a result of Buckie Hollingsworth’s blood in my veins.  At least I like to think so. And I can’t think of a lovelier and more welcome ghost in my garden.

I have written about both gooseberries and elderflowers before, but never in combination. In this case, the marriage comes about by gently cooking the gooseberries with the elderflowers lightly resting on top of the berries. The flowers are so delicate that they instantly blacken with the heat–then they are removed. The result is a jam that tastes like gooseberries (sweet and tart at once, with a green a grape-y overtone), but smells like elderflowers. 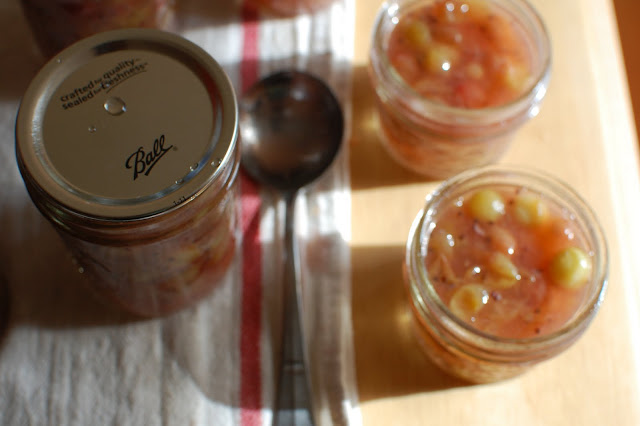 Gooseberries can be hard to come by, but they are coming back into fashion. Preparation of the berries takes forever-each berry has to be snipped at each end with a scissors to remove the stems, but the berries are so beautiful to work with that it is just okay. I recruited my sister to help with the job, and we stood there at the counter, quiet, snip, snip. Every so often, one of us would hold up a berry with a particularly striking hue and exclaim over its beauty.  These berries came from a friend’s patch, as my little gooseberry bushes haven’t yet started to bear fruit. They glowed in the colander, each and every one of them. I would wear those berries as jewelry if I could.

I took the last of the elderflowers from the top of my bushes, and they spread above my head like little starry umbrellas. Elderflowers grow wild in New England, and my bushes that I planted just a few years ago are the hardiest thing in our yard. If you have never seen an elderflower, seek out a bush when you can. I can’t walk by without pausing over their geometric blossoms and sticking my nose in the center of one. They seem to belong to some other time an place altogether.

This jam is for my great grandmother, and the parts of me that come from her. And it’s for you too, of course. There is plenty to share, and we’ll spread it on toast and eat it in the garden. 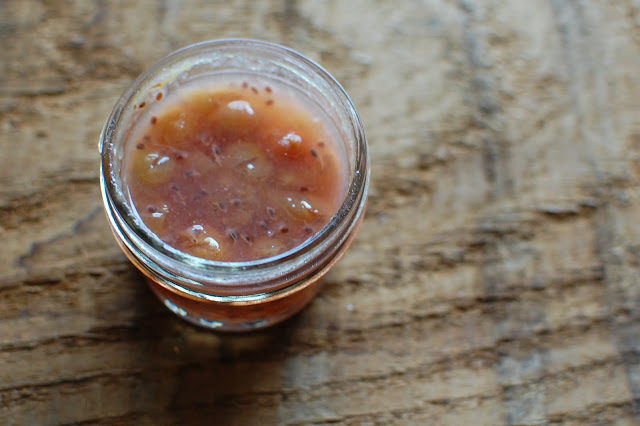 “Top and tail” the gooseberries (thanks to River Cottage for that apt description) with scissors, and put into a heavy pot with 2 1/2 cups water.  Bring to a low boil, then a gentle simmer. Make sure that the elderflowers are free from bugs and brown bits–then lay them on top of the berries as they cook. Cover the pot, and cook for 5 to 7 minutes, or until the berries are soft. Remove the elderflowers.

Add the sugar and stir gently to dissolve. Bring the mixture up to a rolling boil and let it cook for about 10 minutes, or until it registers 220 degrees on a candy thermometer or it gels a bit on the back of a wooden spoon. Transfer to sterilized jars and process in a water bath for 10 minutes.