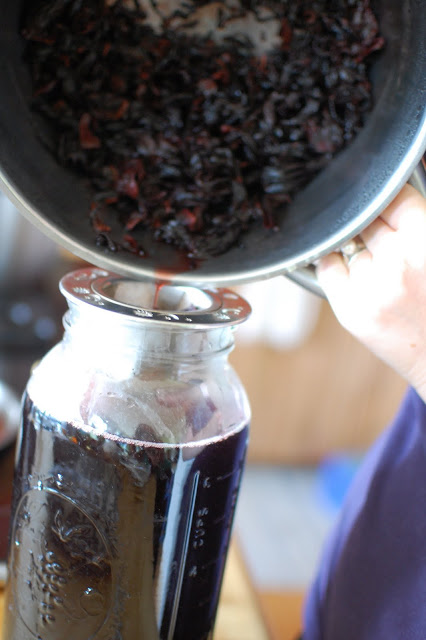 So we had a dinner party.
For now, this will have to stand in for my fulfillment of the salon challenge. And by stand in, I mean hold its place until I can follow my own rules, which I didn’t quite. 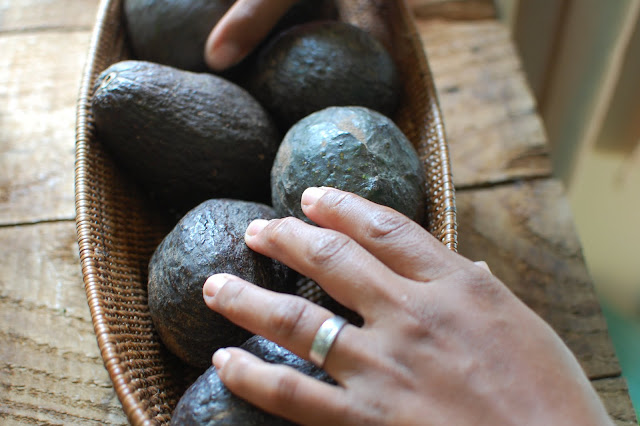 My friend Jen and I made this dinner together, and fifteen minutes before everyone arrived, when I fully realized that we only had about half the food completed, I took a swig of my pre-guest arrival drink, and I asked Jen, “Will I ever learn to do this better? More efficiently? On time?” She answered that where would be the rush in that?

Last year we did a similar dinner party together, a benefit for the school like this one. That day was a bit of a mess, and by the moments before everyone arrived, we were actually sprinting through the kitchen. This time we didn’t sprint, but I certainly lost a fair amount of hope, and I accepted the fact that dinner, in my hands, will almost always be later than intended.  Lucky for all of our guests, Jen’s hands were involved too, and so they didn’t go hungry for too long. 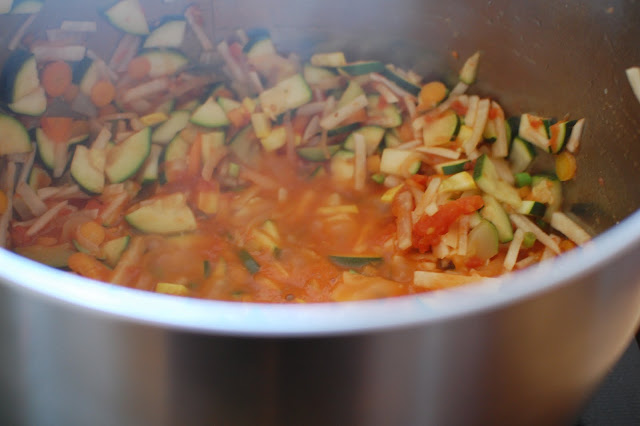 As soon as I let go of any hope of keeping it together, of course I started to have a much better night. Our intent was a Mexican feast, and all night we pressed tortillas and squeezed limes. And because the flavors might just come back into my mouth as a recount the menu to you, I will do my best to reconstruct the affair. Ready? Or rather, should I say, hungry?

We started out with rhubarb margaritas and chili lime popcorn. The margaritas, entirely responsible for my next day headache, were made with rhubarb ginger syrup.  They were worth the headache. For the popcorn, I melted butter, and whisked it together with lime juice, salt, and chili powder. That whole delicious mess went on the popcorn.

Then there was soup, a fish soup mostly from Diana Kennedy that was made from chicken broth, vegetables, and fish that I had brought back with me from Maine the day before. We floated little circles of lime in each bowl, a trick that I will be sure to repeat again.

And then there were pork tacos, but I’ve already told you about those. That time turned out to be practice for this time, and they were just as delicious. We pressed corn tortillas as we constructed the tacos. And then there was shredded pork, and radish and white turnip salad, queso fresco, creme fraiche, and guacamole. 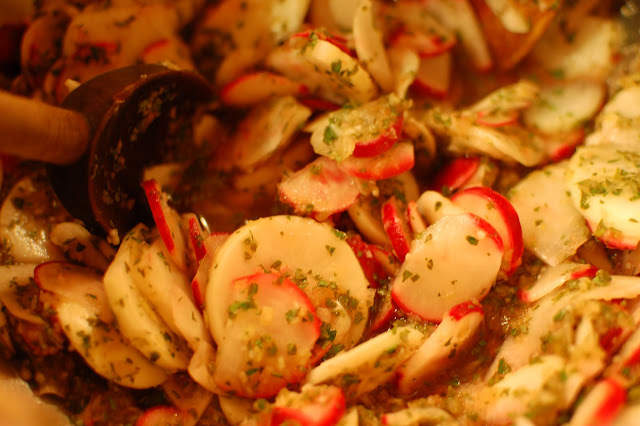 Then there was salad, and because all the produce for the whole dinner was from Jen’s farm, this was no slouch of a salad. She and her husband grow magical lettuces. I’ll leave it at that. 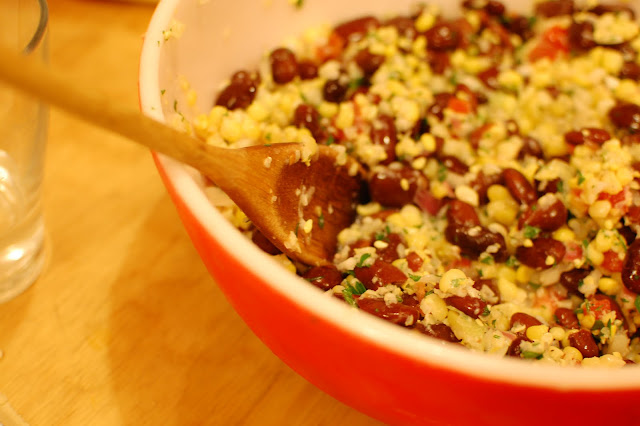 Then, because we hadn’t had enough homemade tortillas, we made more, and we topped them with swiss chard and garlic scapes, then Oaxaca cheese, a bean and corn salsa, and a fried egg. 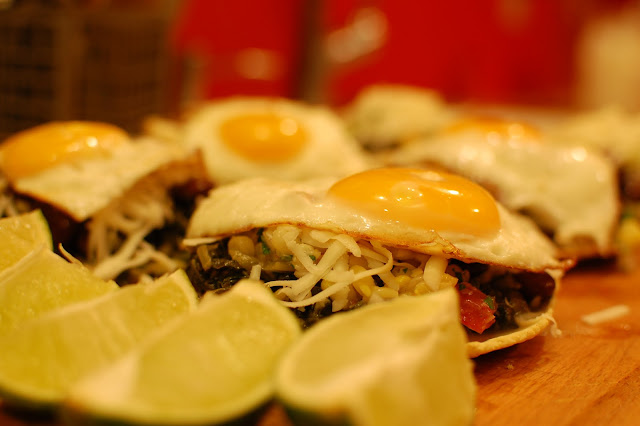 This was my favorite course to look at, but I was too full to clean my plate. 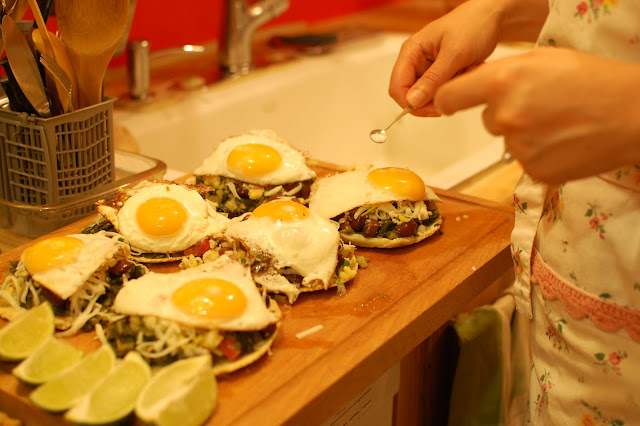 Then finally there was flan, which almost wasn’t at all.  I burned the caramel twice, and then I had to send Joey out to buy more sugar. I had never made flan, and as we coated the pan in caramel, I couldn’t figure out how this would actually work or why it would soften into the sweet brown liquid I knew it should. We stuck that custard in a water bath and said a prayer. And although we could have put it into little individual ramekins, I had the image stuck in my head of Penelope Cruz turning over a big flan in Volver, a move I found so inspiring and deeply sexy that I thought it needed to be attempted. If you haven’t seen that movie, see it just for that moment. You’ll like the rest too.

When we went to overturn that flan, Penelope Cruz was nowhere to be seen. Instead, it slid right out of the pan without turning over, but we cheered anyway because it was flan despite our failings. To drink through the night we had cheap Mexican Beer (I’m partial to Tecate in a can), and agua de jamaica, or, if you don’t want to be saucy about it, hibiscus tea. I’ve had a big beautiful jar of dried hibiscus that Jen brought me back from her last trip to Mexico, and the last of those precious flowers went into our drink.

Again, absolutely worth it.

Before you go lamenting the fact that you have no friend just returned from Mexico bearing dried hibiscus, I’ll tell you that it’s not so hard to find. Some bulk herb sections in the store will have them, and if not, the online marketplace will help you out. In a pinch, however, a few Celestial Seasonings red zinger tea bags will do the trick here.

Agua de jamaica is sweet and sour, dark red and wonderful, and exactly what you need in your refrigerator on the hottest of days. That, and some cheap Mexican beer. 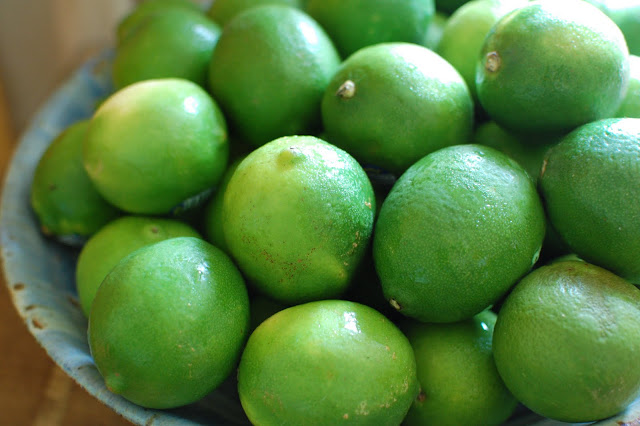 adapted from Diana Kennedy, The Essential Cuisines of Mexico

Combine the hibiscus and 3 cups of the water in a saucepan and bring to a boil. Let the mixture boil for 5 minutes.  Remove from heat. Stir in the sugar and the remaining water, cover, and let sit for 4 hours. Strain out the hibiscus flours and add the lime juice. Adjust sweetness to taste.
Agua de jamaica can also be topped off with a little bubbly water if you prefer.

Because this is functioning as my salon challenge until I get to the real one, it’s a perfect time to tell me about your dinner party! Anyone take the challenge out there?