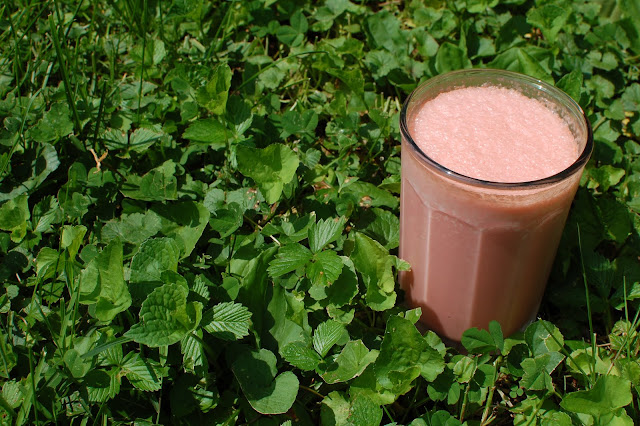 Hot and steamy.
In true New England fashion, we have skipped from winter to summer, and as Joey said it so well this morning as he clung to his cup of coffee with a visible desperation that it would open his eyes enough to get to school, “it’s hard to go back to spring after this taste of summer.”
Memorial day weekend, 2011. A wedding. A farmers market. A work party. Several pimm’s cups and a most of a growler of beer. Most of a trellis built for the raspberries. All the beds are grainy from dirty feet that tromped all over the neighborhood. Several tick bites and a little bit of what’s looking like poison ivy.  Sunburned necks. Two parades. Lost sunhats, already. Comforters switched out for thin blankets.  And when Joey drove up to get the flat tire fixed yesterday, he called me a bit later, and said, “turns out, I’m in Vermont.”  Summer brings out the adventurer in him.
This morning when I stumbled into Rosie’s room at 6:30 to see if she was awake, she was staring into space, sitting in her rumpled bed in her tank top and underwear. “I am so, so tired.”
Summer is coming. Summer is coming! 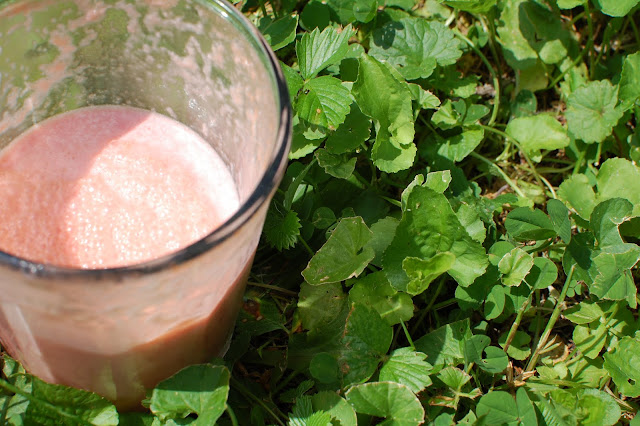 (Do I have to write a little something to entice you to make this? A little headnote, describing it’s perfect sweetness, thirst-quenching abilities, and shade of pink? I didn’t think so. I’m guessing you already get this one. Are you heading over to your blender? Pulling that leftover quarter of watermelon out of the fridge? Yes! Yes! Yes!)

« why i plant marigolds
at the market: radishes »