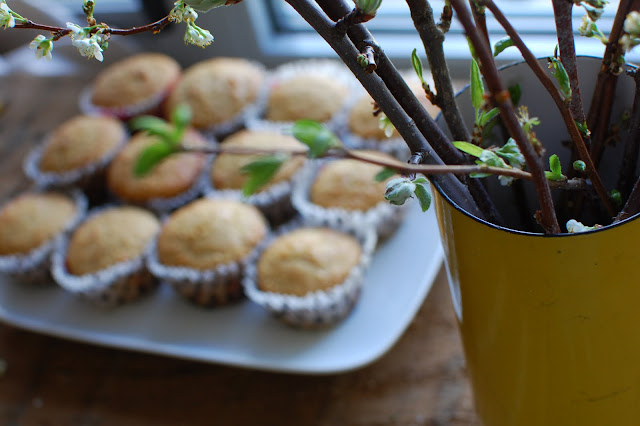 We have three cats now, and our one handsome cat who came to us last summer has been joined by the feline siblings who journeyed over with my parents and sister when they moved in. There was one tense hour of hissing way back, and then Artie (that’s mine) and Leo (that’s the tiger-y boy sibling) became friends and Artie fell in love with Isis (the grey princess-like girl sibling), who bats him away and breaks his heart every day. I only mention this because now since we have decided not to be afraid of the bear who is roaming around up here, and since we put the bird feeder back up, all three cats sit at the window all day long and pretend to hunt the birds and chipmunks at the window. They sit there in a row, and their tails bat against the windowsill with rhythm and force. They make little growls and squeaks, and their eyes are just bursting, and watching them like that all together all the time–it makes me laugh out loud, over and over. And I feel silly sometimes, laughing by myself, but then I feel silly for feeling silly and I laugh some more. 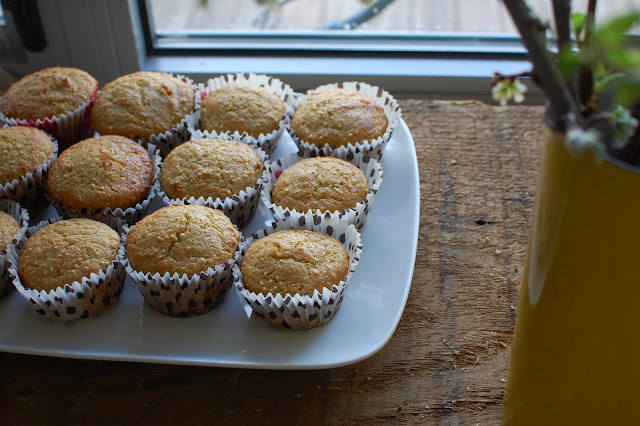 I finally put a few seeds in the ground, and then I watched the chipmunks dig them up. My nails are dirty, and the wind is whipping, and I am drinking so much black tea. And I finished the book, really this time. (I hope!) Yesterday I went to New York and I had a meeting in the Random House building.  It was only the second time I had been there, but that building hums with all of the activity within it, and the great front room is filled with so many books.  It was raining, and my umbrella kept flipping inside out on my way, and walking into the building and showing my ID made me feel like I feel like I am two people at once, and going up in the elevator I looked at the dirt from my garden under my nails, and I thought “shit. maybe I should have scrubbed my nails.”
I guess I am really just one person, both in the garden and in the Random House building. 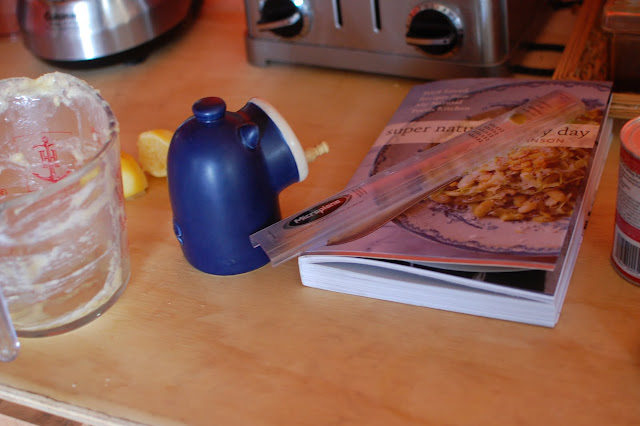 This is Heidi Swanson‘s new book, and I would say that it’s the favorite book on my shelf these days, except for the fact that it doesn’t ever make it to the shelf. It has been on the counter since it came home with me, and I’ve cooked so many things from it. The recipes are great, but there’s something else about this book, something I can’t quite explain, but I’ll try.
This book just feels good.  It is the right size, and the pages make me hungry.  The design of each recipe on the page feels like the layout of a moment.  And in that moment, I think, yes, perhaps I should make millet muffins.  Sometimes I wander for a minute as I’m trying to figure out what’s for dinner, and without knowing it, I have picked up this book and I am carrying it under my arm.
It’s a good book, and I’ll bet you have too many cookbooks and you’ve said you’re going to stop buying cookbooks, but even if that’s the case, this one will do some good under your arm and on your counter.

And one more thing while were talking about this and that–Rosie lost four teeth last week.  Four teeth. Three of them were in one afternoon, and then there was another a few days later.  I only bring that up, because I also can’t stop laughing every time I look at her.  And between the cats and their incessant imaginary hunting and Rosie’s all-of-the-sudden lisp and total lack of teeth, I don’t get a break. And this morning, she jumped on me in bed, and even though it had only been a few hours since I’d gotten home from New York, I cracked open my eyes and there was her gummy smile, coming towards me for a kiss.  And even then, I laughed.  And if it hadn’t been 6 in the morning, and if I hadn’t just gotten home from New York a few hours earlier, and if I had been able to keep myself awake long enough to do it, this is what I would have made for my sweet girls.

Don’t let the millet, whole wheat, and honey fool you. Think of these as healthy if you want to, because they are, but really the most overwhelming thing about them is that they’re so good, and their texture is perfect. 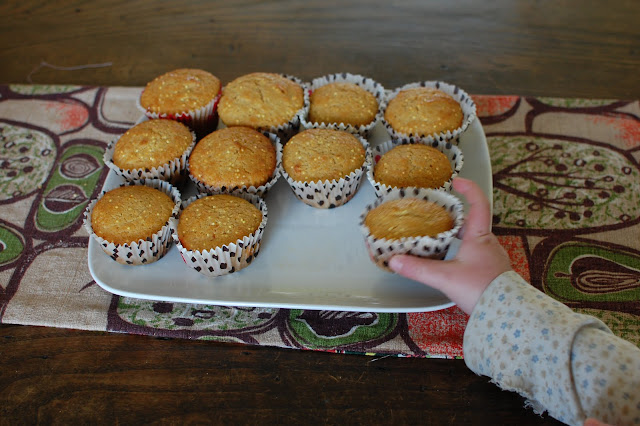