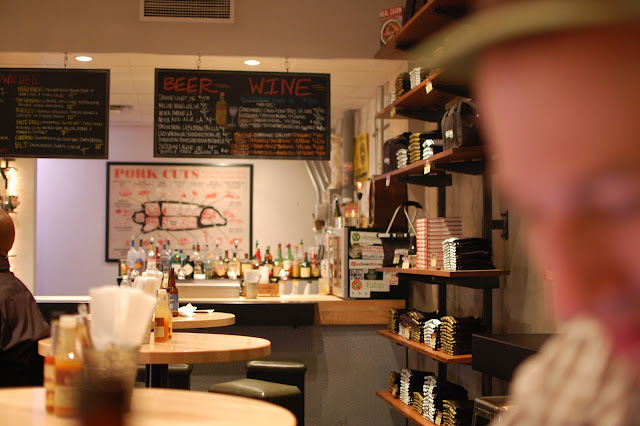 Like any other tourist destination, New Orleans has a neighborhood where the tourists hang out.
The French Quarter is amazing in its own right–people stay there because it is beautiful and creepy and filled with gas street lamps and little restaurants. But it is also a party all of the time, and walking down Bourbon Street at two in the morning, pushing past teenagers holding their bong-shaped plastic cups made especially for some New Orleans specialty drink with the especially classy name of “the hand grenade,” carefully stepping over the running brook of vomit through the street, one can’t help but feel stuck in a perpetual college spring break.
It’s no wonder that every time we talked to someone from New Orleans on the street (which was a lot, as people actually talk to each other on the street there), they would inevitably take our shoulders and turn us around as if we were blindfolded and headed towards the pinata, and they would point us in the right direction, and with a loving shove, say “go there- out of the quarter.  Keep walking until you find this.”  We had a few recommendations too, a few emails from friends suggesting that we “try the drinks here!” or find this place.  We never did our homework, we never mapped out the city to find these mysterious locations, and we rarely employed the gps on my phone.  We just wandered. 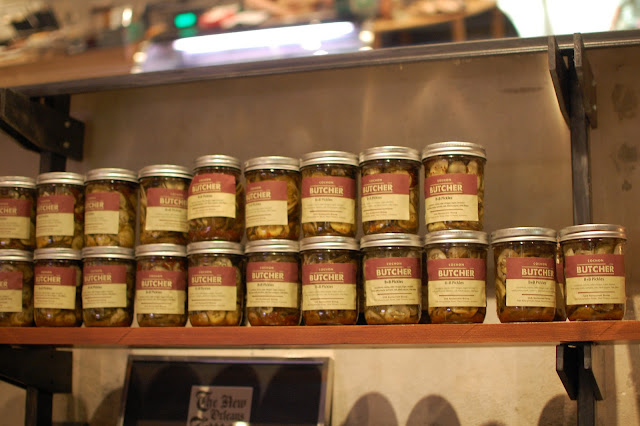 We met a woman on our last night in New Orleans, an artist named Bobby who had lived in the city on and off for 30 years.  We had seen her earlier when she was volunteering at the Tennessee Williams Festival, and she had steered us off the street into a theater so that we could witness the drunken finally of the festival, the annual “Stell-ahhh!” competition where anyone can enter with their best channeling of Stanley Kowalski.  We saw her later outside of a lovely bar called d.b.a. (best music I’ve heard in a while, everyone dressed in their best to dance) in the Marigny neighborhood, and we thanked her for pushing us into the Stella competition.  We got to talking, and we told her about how we had found Butcher the previous day, and about how we kept running into the places that people had told us to find even though we never actually stopped to figure out where there were.  This happened over and over, that we’d be walking for an hour and end up in some new neighborhood, and then we would look up and see that restaurant that our friend Luke had told us that we should find.  It all had a bit of a fairy country feeling, like we just had to wander enough, and as soon as the heat really started to get to us, the place that we needed would appear. 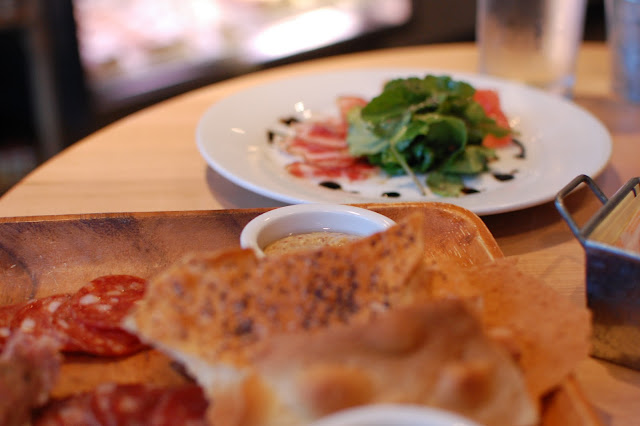 Bobby said that New Orleans had always been like that, that it just made sense in the strangest way, and that you couldn’t walk five feet without experiencing some sort of magical coincidence.  She said that after the storm, nothing made sense.  The city lost that quality, you couldn’t actually find anything, and nothing really matched up.  She said that the city was just starting to make sense again, and that our experience enforced that.  She said that even though there are still neighborhoods entirely without power and running water, even though some of the streets are nearly impassable by car, even though there are hospitals and hotels that remain empty and over half the population of the city has left for good, the fact that the city had shown us that old quality of magical coincidence was a sign that it was coming back to life. 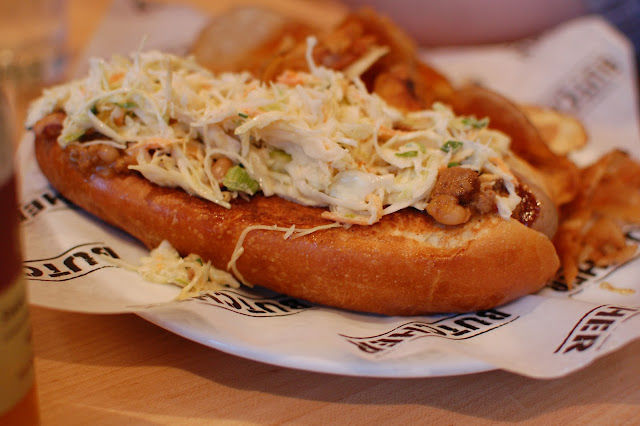 There are two adjoining restaurants in the Warehouse district that occupy one corner.  The first is Couchon, a lovely sit down restaurant with an exciting menu crafted by its owner and rising star of a chef, Donald Link.  Next door, he has opened Butcher, a cafe that is mostly a meat counter, but it has tables so that you don’t have to wait until you get home to tear into your little package of sopressata or chorizo.  Butcher has a small menu so beautiful that it is necessary to order one of everything and a beer list that fits on a chalk board comprised mostly of Louisiana beers. We sat down at one of the high bar tables, and before we even ordered we had made friends on either side of our table.  To our right was a couple that included a woman who was born and raised in Berkshire County about 30 minutes from our house, and to our left sat an older couple, two teachers from Memphis who got into a passionate conversation with Joey about Memphis bbq. 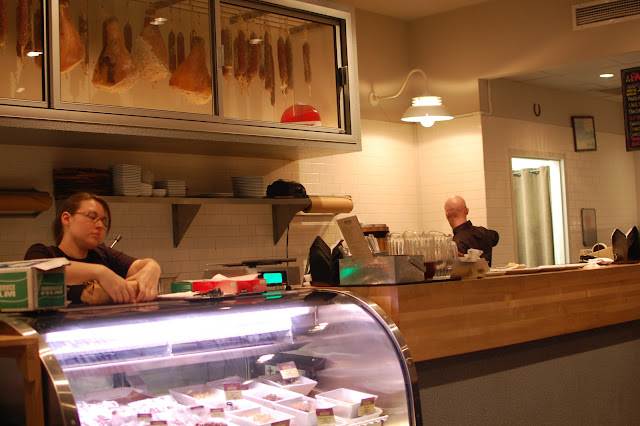 We sat at Butcher for hours, talking to people, eating, and admiring the assortment of meat hanging behind the counter.  I had a charcuterie plate of fennel sausage, chorizo, and sopressata.  It was simple- sliced thick with a side of grainy mustard and house-made bread and butter pickles. A scoop of pork rilletes in the center without any ceremony, and a pile of crunchy, seeded flat bread crackers. 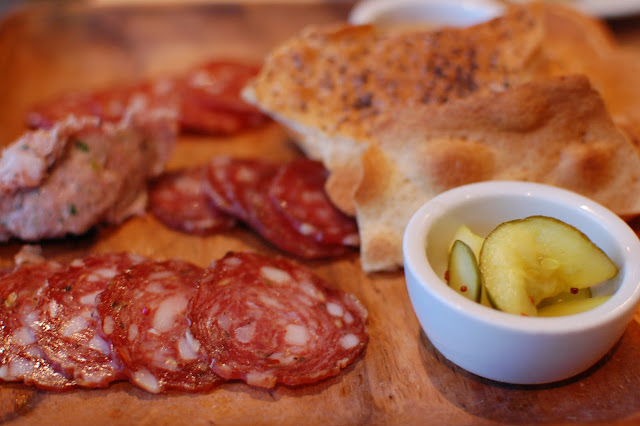 It blew my mind, and I don’t say that lightly.  I begged the waitress for more pickles.  Joey admitted that he had just consumed the best hot dog of his life.  We finished our beers and wandered home, hoping that it would appear to us in the same way that the restaurant itself had.
And of course, after a few more adventures of the night, we found our way back and there was our hotel in front of us again.  I said, “maybe we should go back? across the expanse of city just for one more taste?” Our dreams were filled with perfectly smoked meats and sweet and sour pickles, and I must admit that those dreams are still with me.
« new orleans
new orleans part 2: tonique and the pimm’s cup »