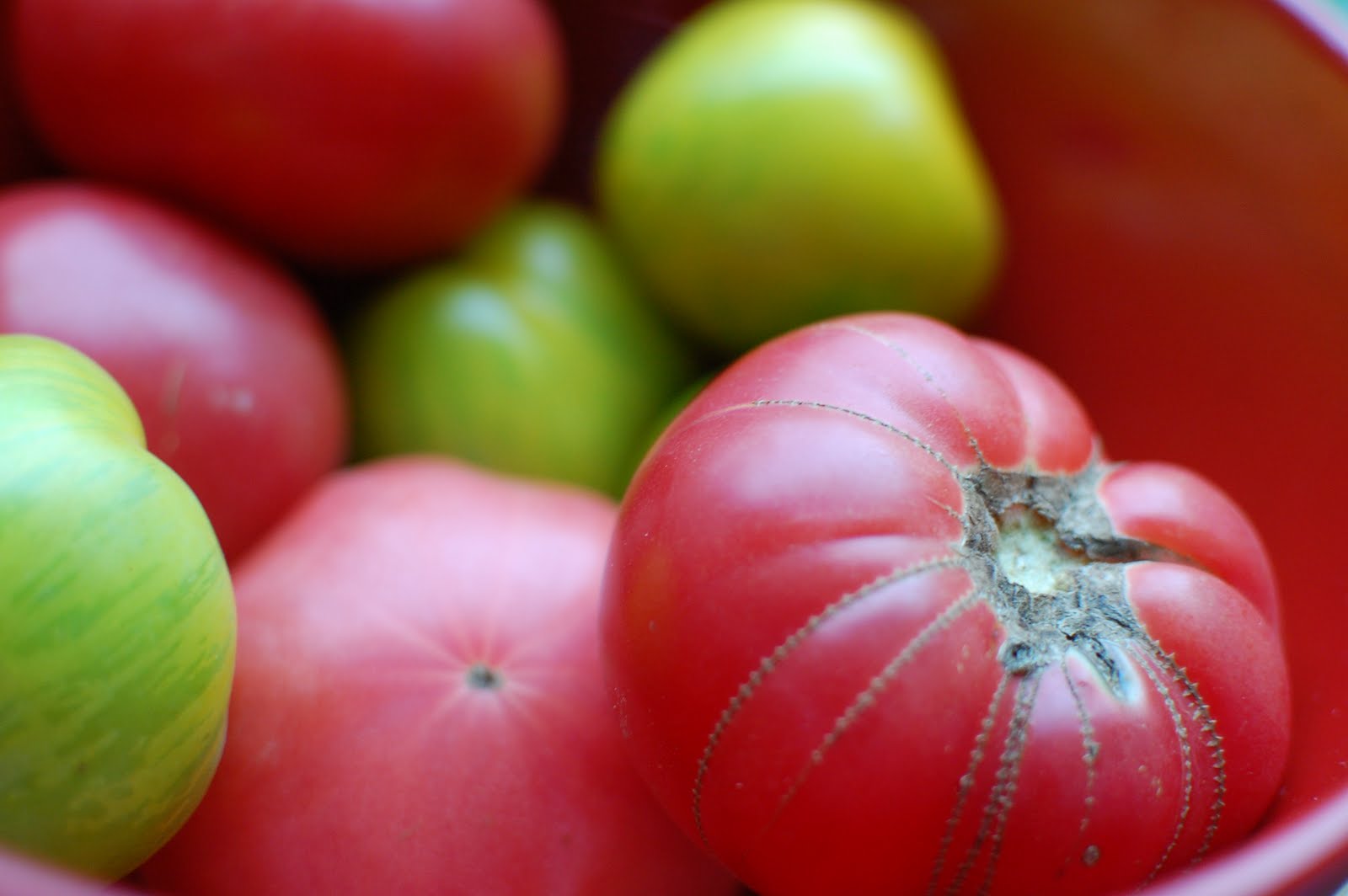 I was not a good sport through the end of both my pregnancies. I was an okay pregnant woman for most of the most of those months, but the last one? Echhh. I’ve known women who sat placidly in their 42nd week. “The baby will come when it’s ready. I’m good. I’m reading novels, I’m going to movies, I’m making the most of it!”
That wasn’t me. Maybe I had a few things stacked against me, but I’m willing to admit that my misery was due to a deep sense of impatience which continues to plague me. To be fair, I did have two very large babies who stretched out and created a massive watermelon shaped belly in front of me. Rosie had a fascination in utero with punching me in the groin (crotch? I don’t even know where her fist was banging) which explained why you could find me doubled over at most moments in that last month with her. I also had four-week labors with both of the girls, and the contractions would start and stop with such ferocity that the midwife (yup, I’m a homebirther), finally just left all of her supplies in my bedroom. But really, I spent that last month or two of each of the pregnancies absolutely and completely ready for the next step. On the days that I finally gave birth to my children, I can tell you that I woke up on those mornings with the cry and utterance through gritted teeth…”I am having this damn baby today.”
Although yes, although there are those women who love every moment of their pregnancies and would prefer that they stay pregnant forever, I think that the angst and woe I felt as I turned into a ripe and bursting fruit is more common. Pregnancy is not so long, but talk to most women rounding out their 41st week and they’ll tell you they are ready. Yes, after months of pregnancy, they’ll tell you they are ready to give birth, that they are ready to be done with all of this pregnancy stuff so that they can enter into an indeterminate time and amount of extreme pain so they can actually have the baby already.
And yes, I’m making a generalization here, but I’ll bet that you talk to most women in their fifth month and will admit to you that they are scared of birth, that they’re not sure how they’re going to pull it off. What changes?
The truth is, I think it’s helpful to hate the end of pregnancy in order to embrace the challenge of birth and the beginning of parenthood. Yes, birth is difficult, but it’s better than being pregnant forever. Nature helps us to prepare for birth by making the end of pregnancy that intolerable. 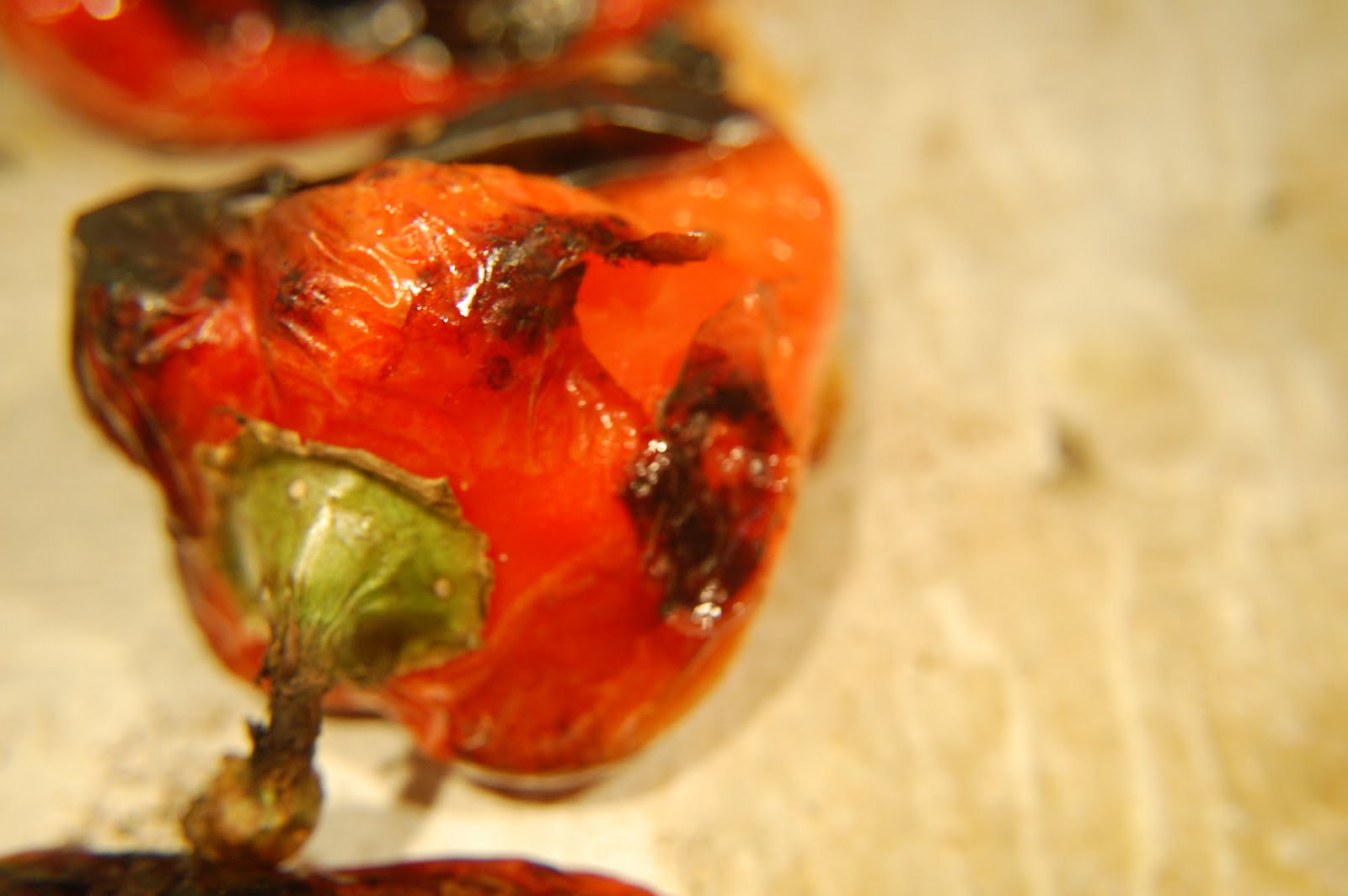 And in the same way, we prepare for winter by being done with all this summer produce already.
Sure, sure- I’m stretching the metaphor (as usual!) But think about it. In July, did the tomatoes even make it to the kitchen? How many tomato seeds did you wash off the inside of your windshield from eating all the cherry tomatoes before you even got home? Did a pepper actually get through the first day without being cooked into some exciting and refreshing summer nourishment? No!

But look on your counter. Is there a bowl of tomatoes tempting the fruit flies? Is there a pepper or two in the fridge, about to be too wither-y to eat? Are you ready for the frost?

I am. I’ve got pattypan squash- I think their falling in love in the garden and having babies. I want it to get cold so that I can rip out those plants and make beef stew already. I’m ready. I’m ready for the summer to end.

It’s been a good one. Let’s have one more panzanella. 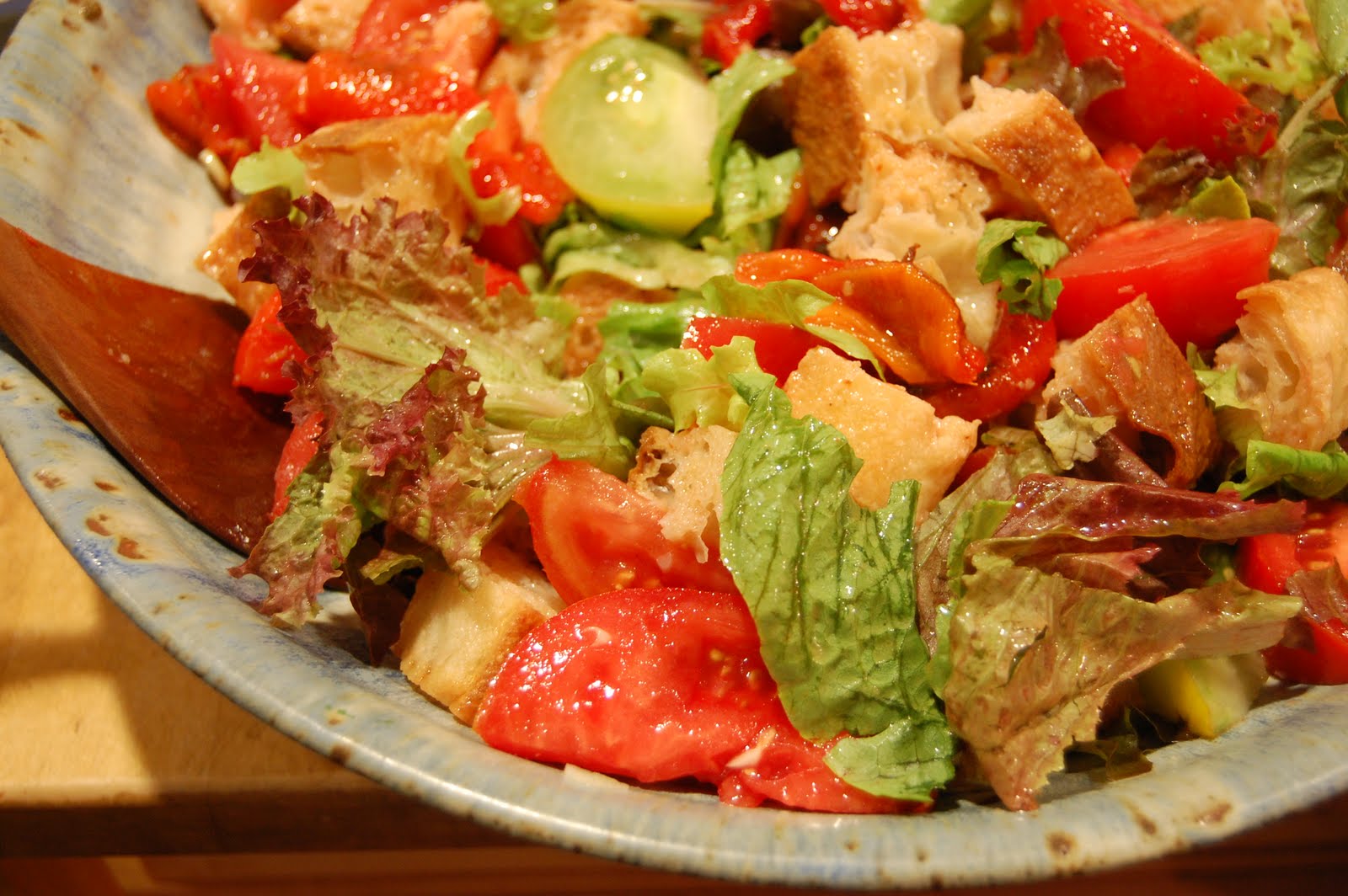 Preheat your broiler and line a baking sheet with parchment or aluminum foil. Put the peppers on the baking sheet and broil until blackened and bubbling, about 7 minutes on each side. Put the peppers in a heat proof bowl and cover with plastic wrap. Let them sit for 15 minutes, then slide them right out of their skins and remove as many seeds as possible. Cut into one inch pieces.
Make the dressing: In a bowl or large measuring cup, combine the red wine vinegar, garlic, mustard, salt and pepper. Whisk to combine and let sit for a few minutes. Then add the olive oil in a steady stream while whisking. Adjust seasonings if needed. There will be lots of extra dressing–store in a jar in the fridge for up to two weeks.
In a large bowl, combine the roasted peppers, bread, tomatoes, anchovies, scallion and capers. Toss with 2-3 tablespoons of the dressing. Add more if you like. Add the arugula, spinach or lettuce and toss to combine. Top with salt and pepper. Serve immediately.