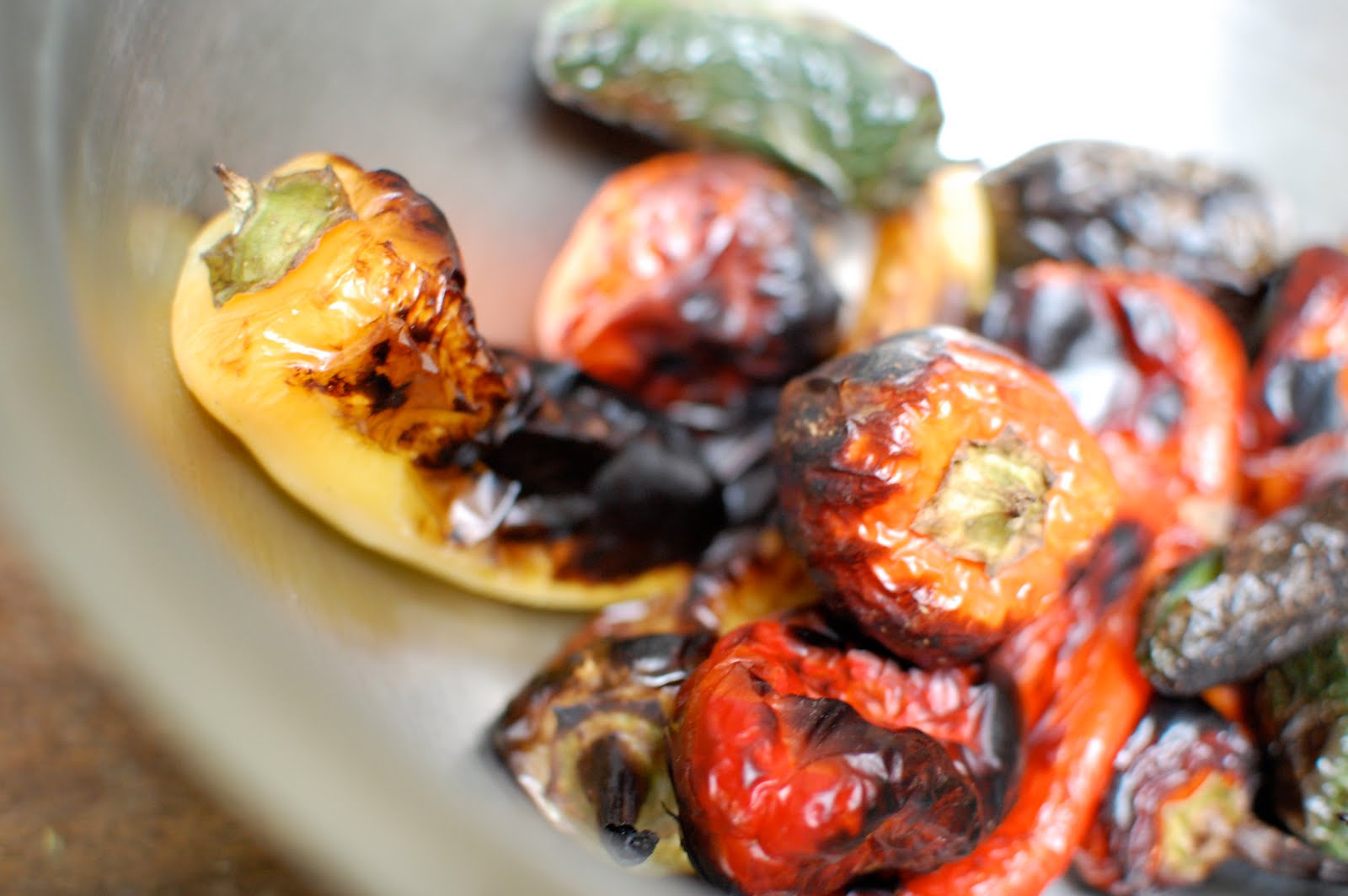 Okay, I get it. I will never cut a hot pepper without a glove on. I promise.
It’s taken me a while to get to this point. I’ve deep fried chiles and I’ve turned them into salsa. I’ve caressed them, slipped them out of their skins, and carefully removed every seed. I like to get intimate with my hot peppers. 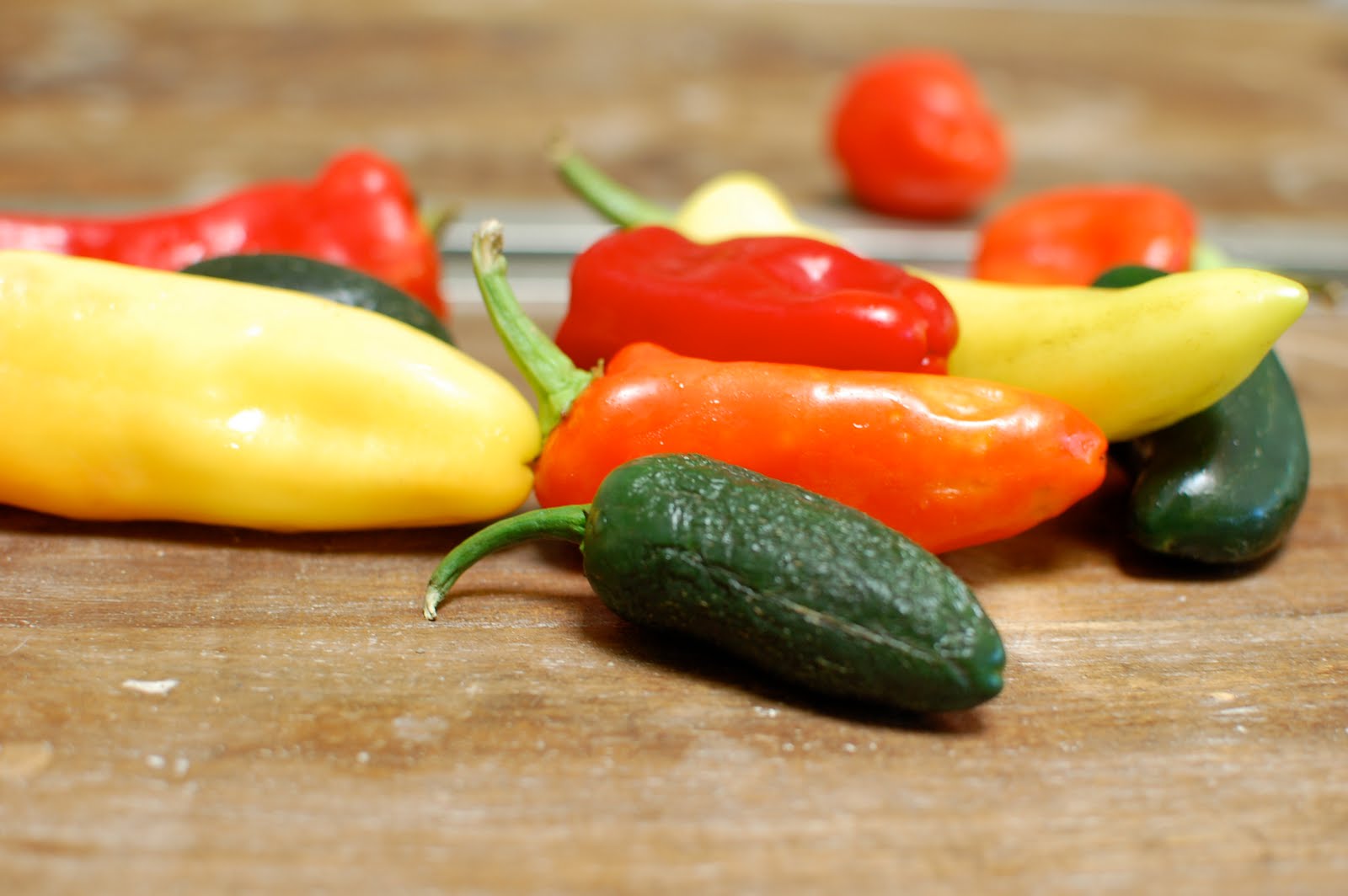 But today we took our relationship to a whole new level. Random, single and lonely hot peppers scattered throughout the refrigerator. Dainty cherry bells, withered jalepenos just past their peak, royal crimson lees, exotic Hungarian hot wax. They all roasted under that broiler together, and the smell of their popping skins was almost, you know, like that place I love this time of year. My eyes stung, my throat constricted around invisible spice, and I kept the girls out of the kitchen.

Then they sweat together in their covered bowl, and after a few minutes they were ready to shed their skins. I wanted to be close to them without the barrier of the glove, and I worked on pepper after pepper with naked hands.

I knew it was a mistake right away, but it was too late to remedy it. You know it’s bad when the burn starts right away. I like a little danger in the kitchen, but I knew I was in over my head. 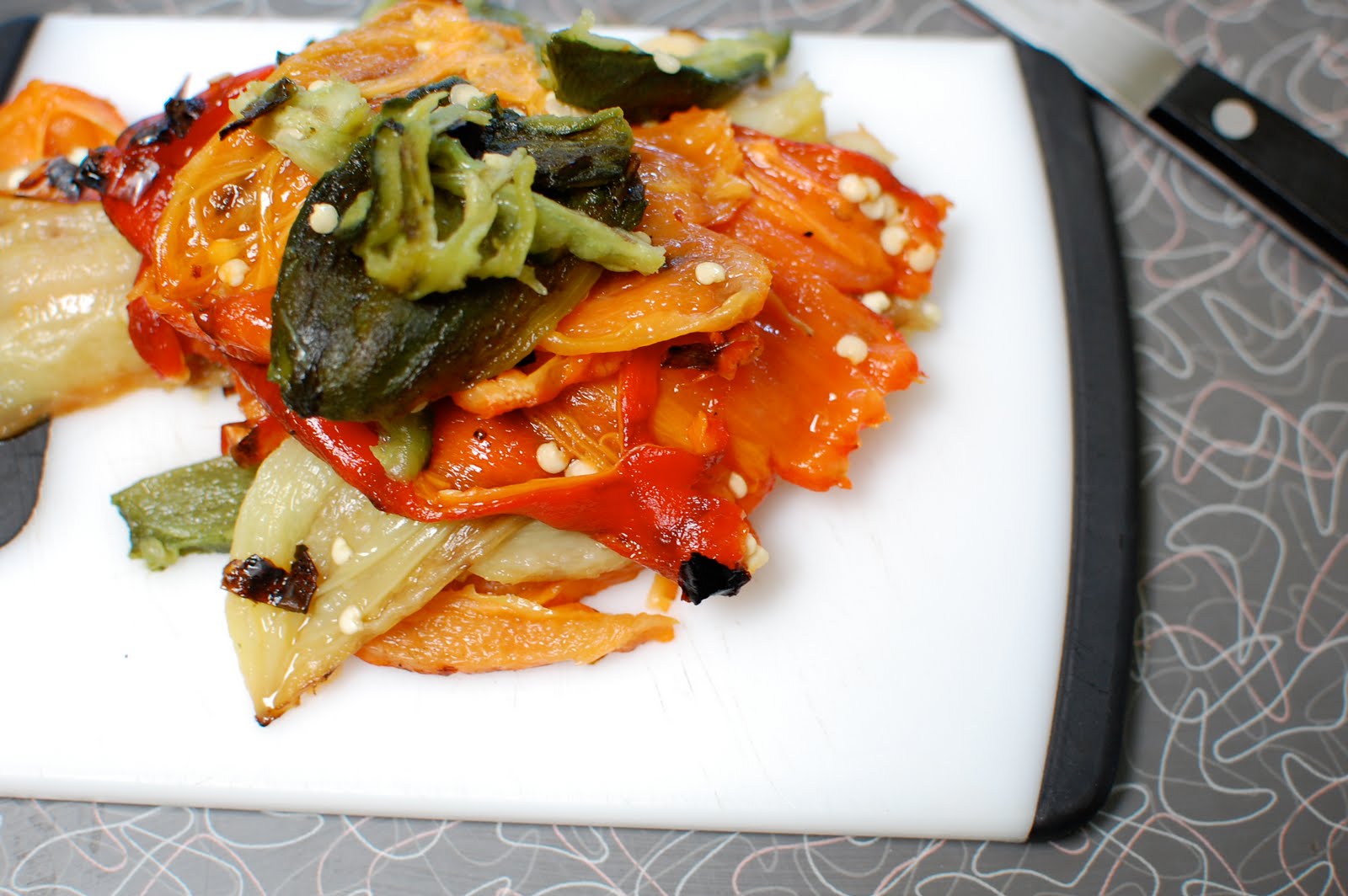 And then they were in the Cuisinart. The sting filled the air and I thought the smoke alarm might go off–if only it had a chili sensor. A little sweet, a little tang, and there it was. 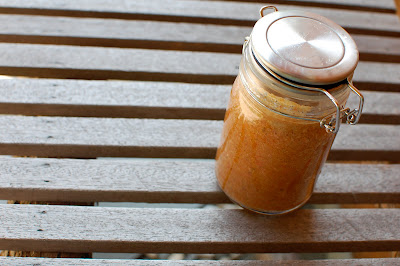 Midway through the day, I showed Joey my hands.
“Can you burn the skin off your hands with chili oil?” I asked him.
“Oh, man- you haven’t been at the hot peppers again? When will you learn?”
No sympathy from him.

I ate that hot sauce on my dinner and… it was pretty worth it. But next time, I’m wearing gloves.

Preheat your broiler, and line a baking sheet with aluminum foil or parchment. Lay the peppers out on the sheet, and puncture each one with a fork. Place the tray under the broiler until the peppers are black and bubbling. This will take between five and ten minutes, depending on the heat of your broiler. Flip the peppers over, and broil until the other side is black and bubbly as well. Remove from the oven, and put all of the peppers into a heat proof bowl. Cover with plastic wrap. Let sit for fifteen minutes, and then the peppers will be ready to come right out of their skins. Put on your gloves now. Slide each pepper out of its skin, remove the stem, and remove as much seed as you can. Put the skinned peppers into a food processor or blender along with the vinegar, salt, lime juice and honey. Blend until smooth, about one minute. Store in the fridge, for (I’m guessing here but stay tuned) up to a month.

And of course it’s sweet and spicy week at summer fest! Here’s the peppered line up so far…