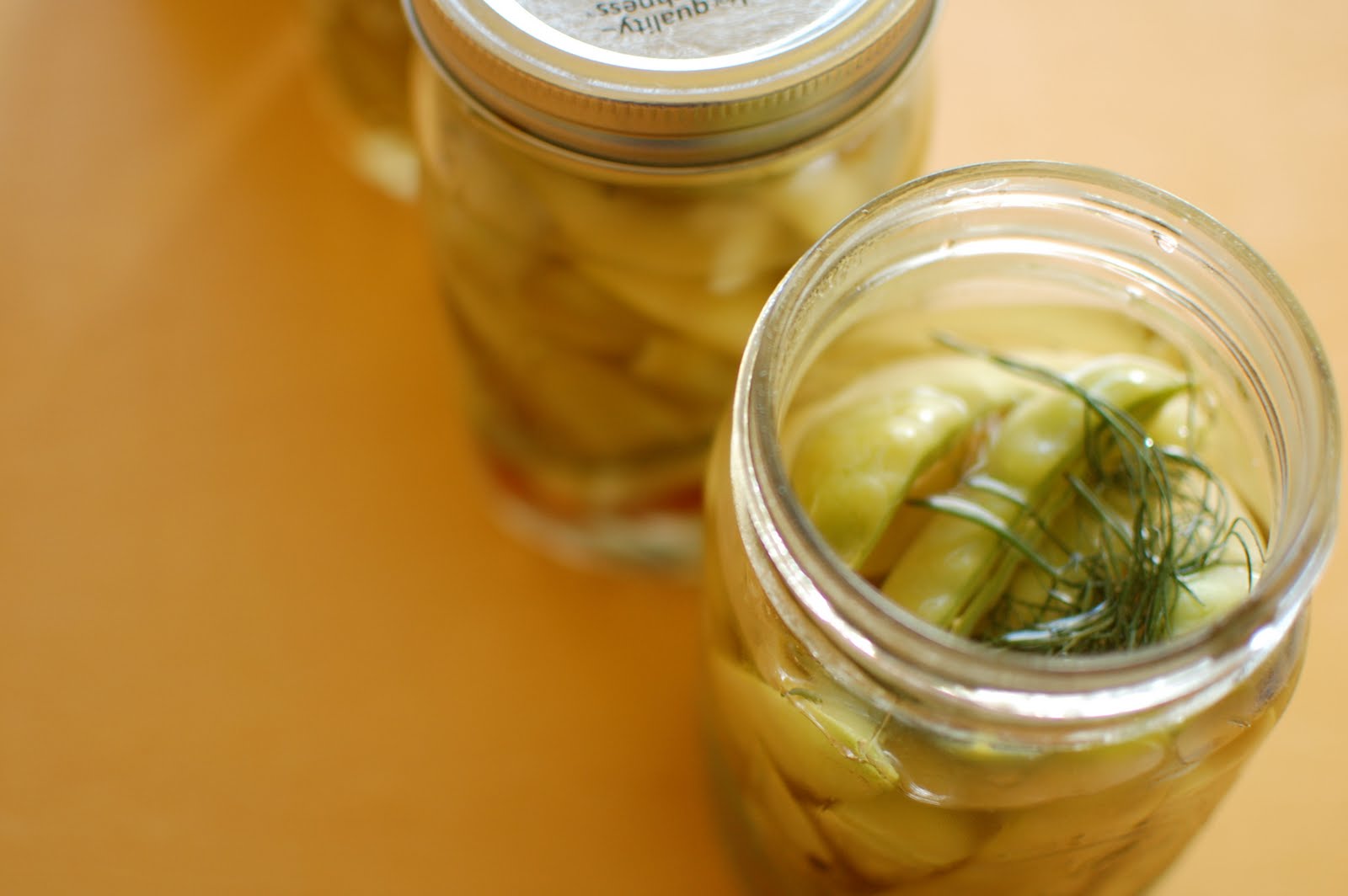 Just a year ago, I wrote about pickles, and Joey, and saying yes.
It was his first time making pickles, and he jumped into it with gusto despite the heavy summer heat and less than enthusiastic children.
Those pickles were just gorgeous.
I think, perhaps (and stop me if I’m wrong here), there can be a tendency to avoid new things if one cannot jump in and be a master of that thing right away. Sometimes if you’re not sure how good you’ll be, it’s just easier not to try.
My grandmother started her career as a modern dancer when she hit sixty, and I think about that a lot.
I went to a college where all the students had to take all of the courses, no matter what their preference. Even a dancing artsy english lover like me. I had no idea what I was getting myself into when I drove my little car out to Santa Fe with my (unread) copy of Homer under my arm. As a senior I stood at the board writing out Einstein’s equations and I thought to myself “Please let me graduate before they figure out that I have no idea what I’m talking about up here.”
Even after all that Plato freshman year, I was still holding on to some idea that I should be the master of this information; that everyone else had some deep comprehension that I was lacking.
I did graduate, and although the equations have left me, that experience of trying something so new and so hard stuck around. Maybe I just got used to not knowing what I was doing, but somewhere along the way, it’s gotten easier to jump into something new. That feeling of waiting to be found out has mostly gone away- faded into the reality of communal experience. It certainly hits here and there, but more and more I think it might be possible that a lot of us are waiting to be found out–or maybe I’m wrong! Are you the master of the things that you do, or do you know the feeling I’m talking about?
These days, people keep asking me if I really know how to (fill in the blank), and usually, all I can say is “hell no!” But then of course, we do it anyway.
There is another part of this–something that happens with new things. Somewhere along the line, they get less new, and maybe, just maybe, you even get better at them. This transition happens sometimes without much notice, and all of a sudden it’s just something you do.
So last year, when Joey made his pickles, he could barely believe what he had done. I guess that he just thought he would never be the kind of person who would count that among his accomplishments. But this year, on last Thursday to be exact, on the day between Cape Cod and the appendectomy, we finally went strawberry picking, and we came home to a kitchen full of empty jars waiting to be filled. As I started on the jam, Joey pulled out the larger jars, and he filled them with the fruits of the vines out from that had exploded when we were away.
“I’m just going to pickle some peas,” he said as if it were absolutely no big deal. See? Now it’s just his. 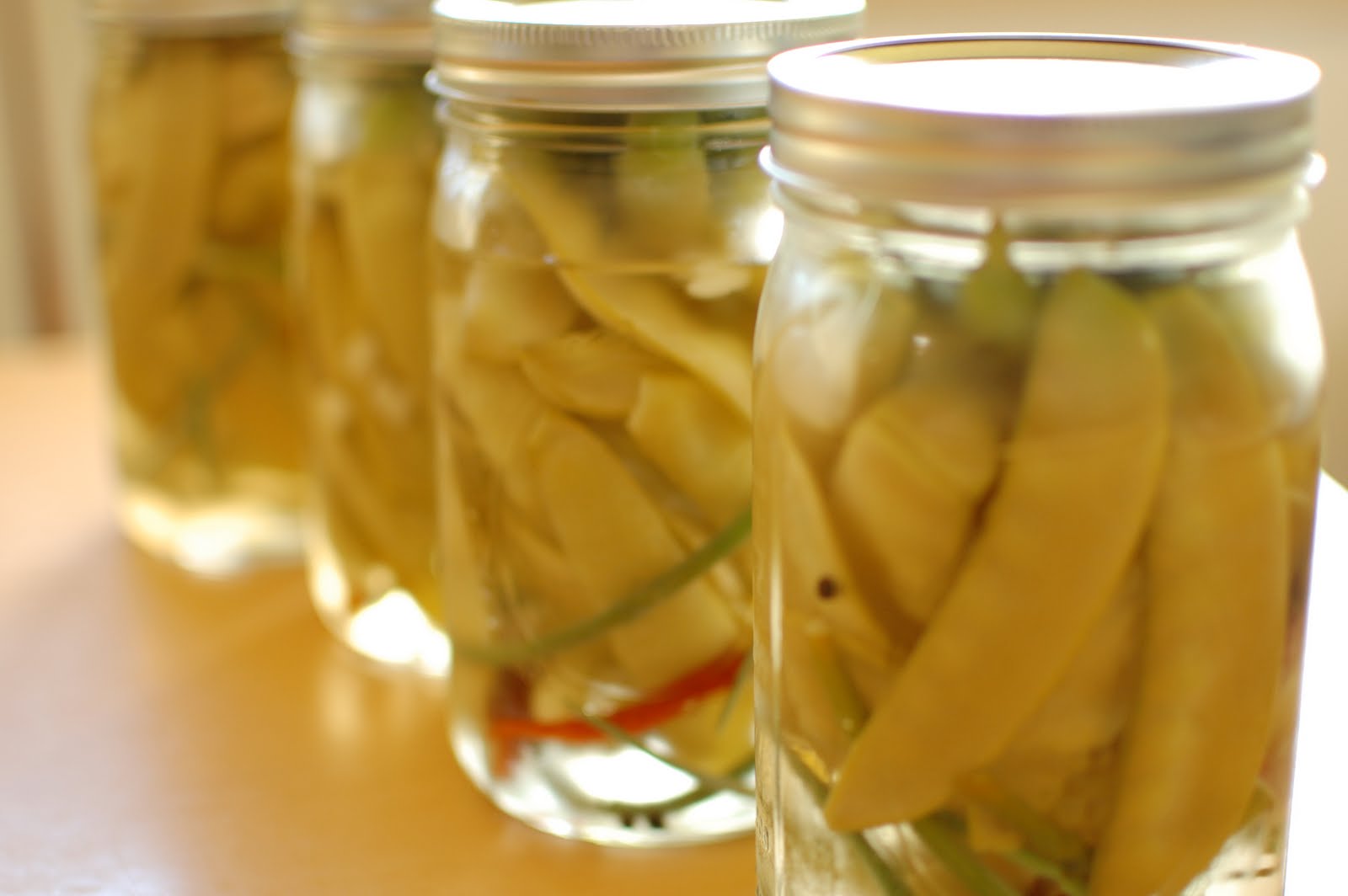 These are fridge pickles, so you don’t have to process them in a water bath, and you don’t have to wait so long for them. They will however last as long as you need them too, although they’ll get eaten up pretty quickly. A friend of mine has peas in her fridge from a year ago, and she swears they’re still perfect. Of course her husband has been a pickler for along time, and he made something like 30 jars of these. But unless you get so overzealous as he did, these will be gone by the time you start with the July pickles (cucumbers, of course!).
June Pickles
(can be doubled, or tripled, or what have you)
1 pound snow peas or snap peas, destemmed
3 garlic scapes, if you’ve got them
2 dried chiles
3 dill flowers, or dill sprigs will do as well
2 garlic cloves, peeled and sliced
3/4 cup apple cider vinegar
3/4 cup white distilled vinegar
1 1/2 cups water
1/2 tablespoon sugar
1 tablespoon kosher salt
Fill 1 clean quart sized jar with the peas, scapes, chiles, dill, and garlic. If the jar seems too full, start another for overflow. Heat the vinegars with the salt and sugar, just until the salt and sugar dissolve. Add the water, and let cool to room temperature. Pour the brine over the peas, and top with the jar lid. Refrigerate. The peas will be ready after 24 hours but of course will get better with age.
« elderflower vodka
the new patriotism »