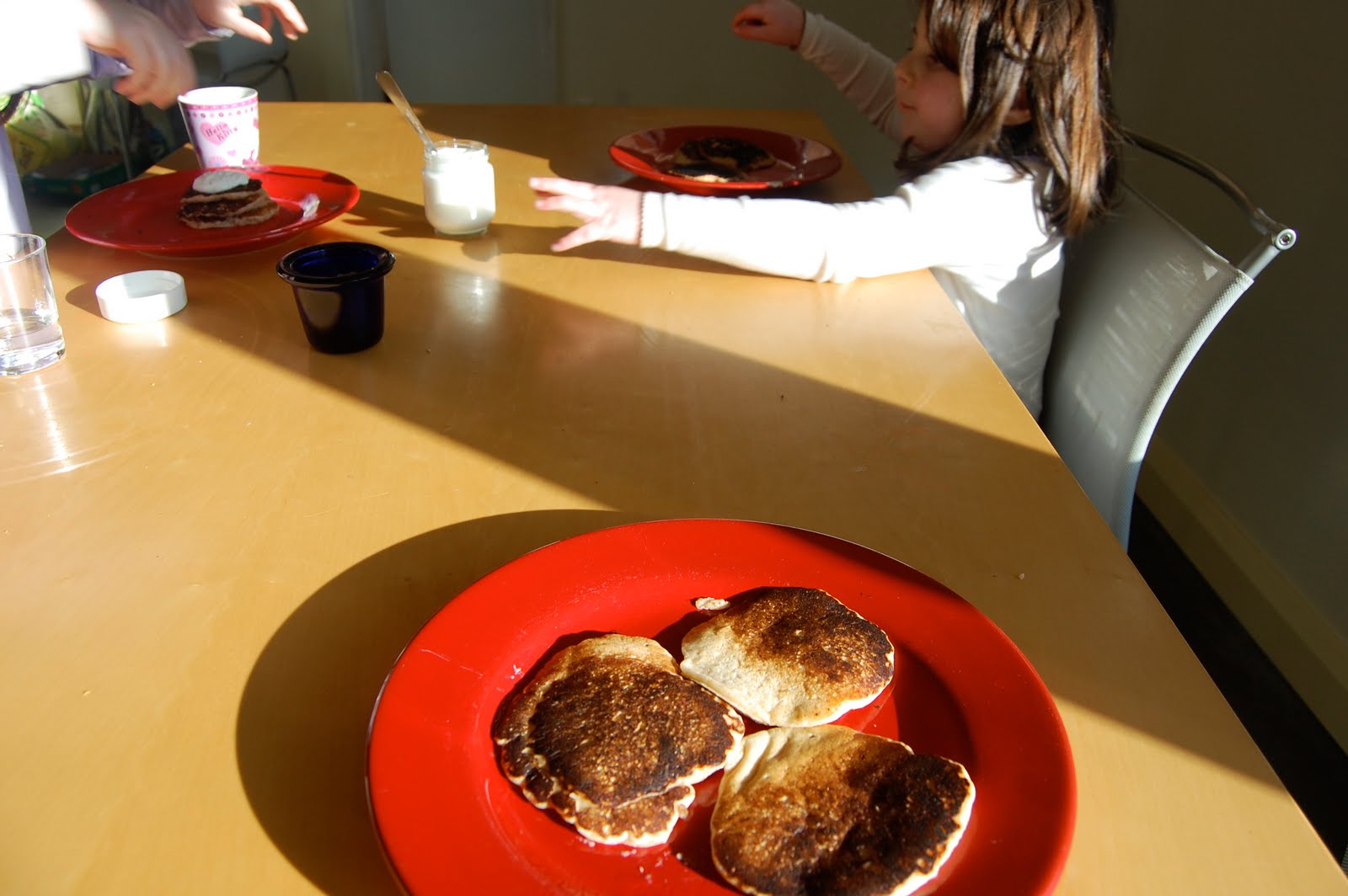 Way back when there were still leaves on the trees, I finally took Sadie to the doctor for her constant tummy ache. Although it seemed certain that some of the tummy holding was due to a certain level of anxiety in the darling and quintessential first child of mine, it also looked to be a distinct possibility that there was something on her plate that was making her sick.
Sure enough, her blood tests turned up a sensitivity to wheat and eggs. The doctor said that three months should probably do the trick.
Because she is something of a trooper, and she was feeling done with the tummy ache, Sadie didn’t put up much of a fight. We all started eating rice pasta, and Sadie had her own loaf of fabulous bread, and it was okay. I was not the best mom I could be, however. I bought a box of egg replacer and barely used it. Although I purchased many lovely gluten and egg free treats, I did not embrace the experimental baking adventure that I could have. I always made sure that Sadie had something yummy, but I knew that if I was truly a good mother, I would have written a gluten and egg free cookbook by now, or at least bought one.
Maybe Sadie is the only one out there with the wheat/ egg combination, but the resources for both wheat and egg free baking recipes are scarce. There is a fair amount of help for gluten free and vegan, which of course applies, but I feel like if I can use butter and dairy products, it can only help the situation. Feel free to disagree with me here, but almond milk and vegetable oil are only acceptable options if I can’t use buttermilk and butter, two foods which wholeheartedly agree with my little Sadie Pearl.

On New Year’s eve, Sadie ate a peanut butter and jelly sandwich. The plan was to add in wheat the first week, and eggs the second. The new year arrived with a happy belly and we cheered!
But a week later, Sadie had her first breakfast tata in months. It took about 24 hours for that tata to inflict great pain, but I am thankful that it was so clear. My girl is allergic to eggs.

Now, I have a different attitude about it. It is no longer so temporary, and slowly I am beginning to rise to the challenge. With all of the food restrictions out there, eggs are easy! As one reader told me, we have applesauce! We have banana! There are all sorts of ways to bake that girl a cake without breaking into that horrible egg replacer.

This weekend, Joey was away for the night and I stretched out in the bed. The girls made valentines all morning before waking me up at 8:30(!), and I felt that it was utterly necessary to fill them with pancakes. 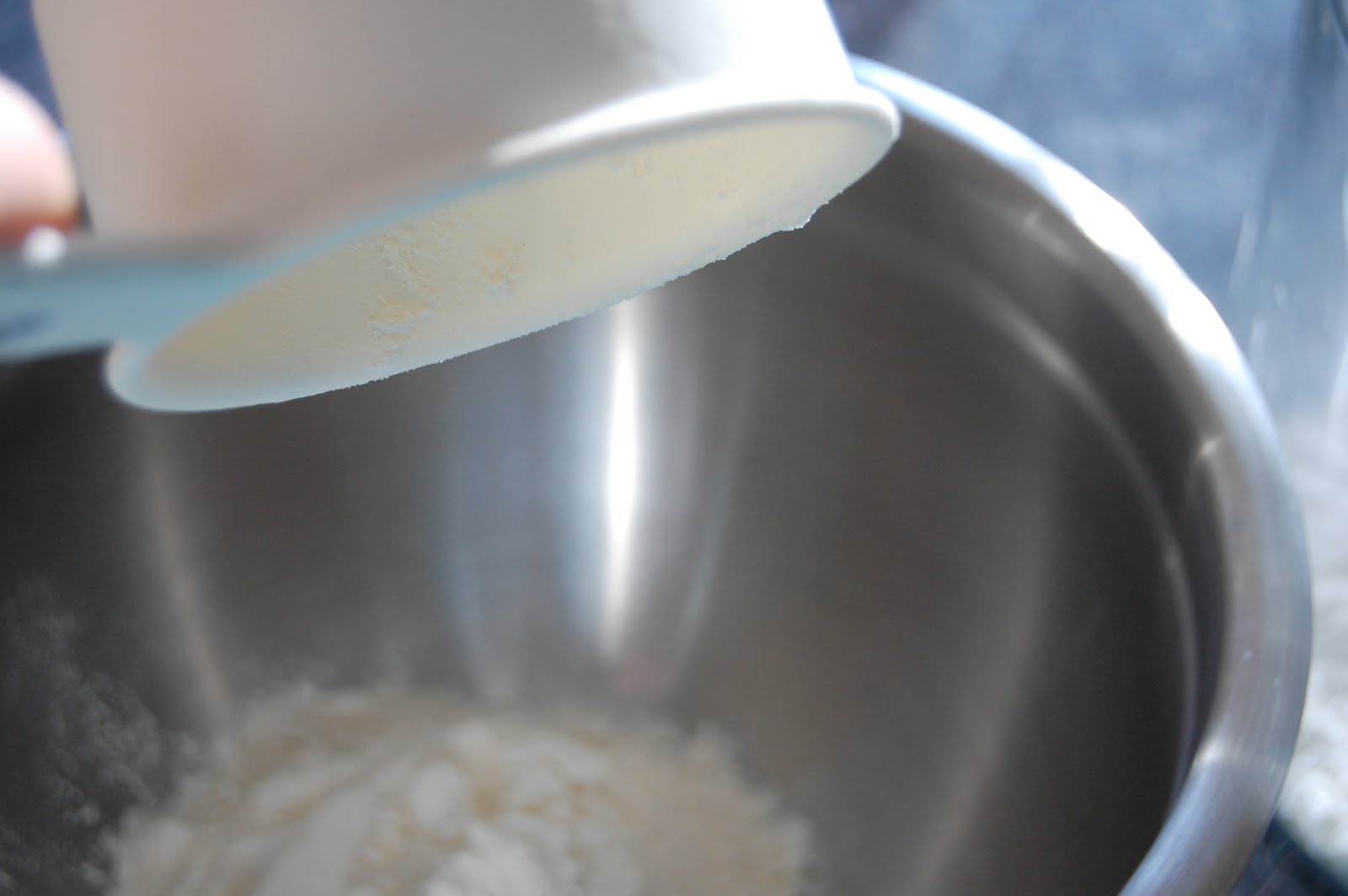 Although I’m the cook in this kitchen, there are a few areas in which I always defer to my husband: grilled cheese, omelets, and of course, pancakes. 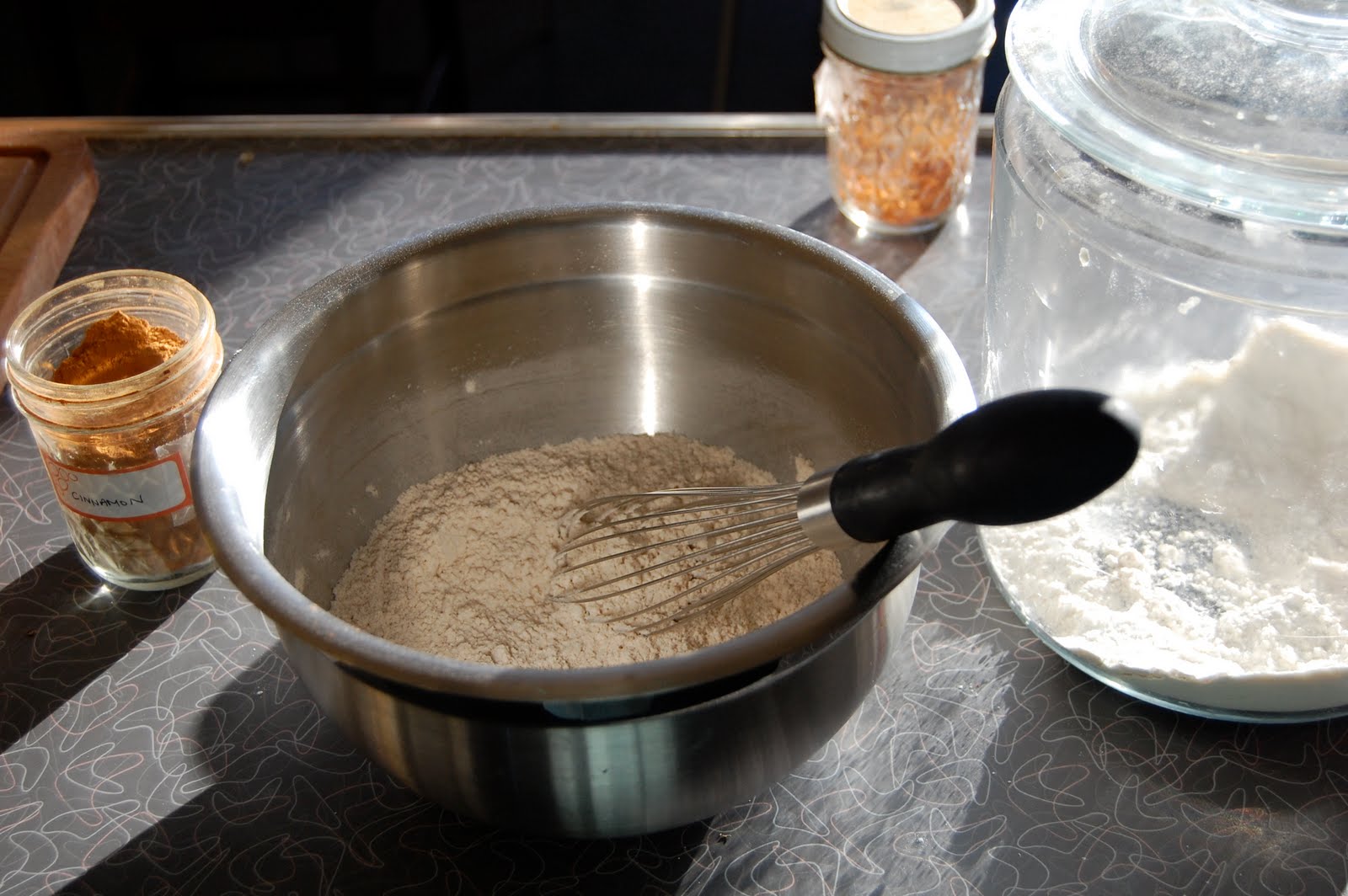 Joey has a recipe that he adheres to, a fluffy cloud-like thing from the King Arthur Baker’s companion called the zephyr pancake. In certain circles, he is know for these pancakes. So you can see why I leave the flipping to him.
Lately, however, there have been very few pancakes puffing around here. He got fairly adept at the gluten free baking mix plus egg substitute buttermilk pancakes, but really, they just weren’t all that good. And so we’ve all been forgoing pancakes. 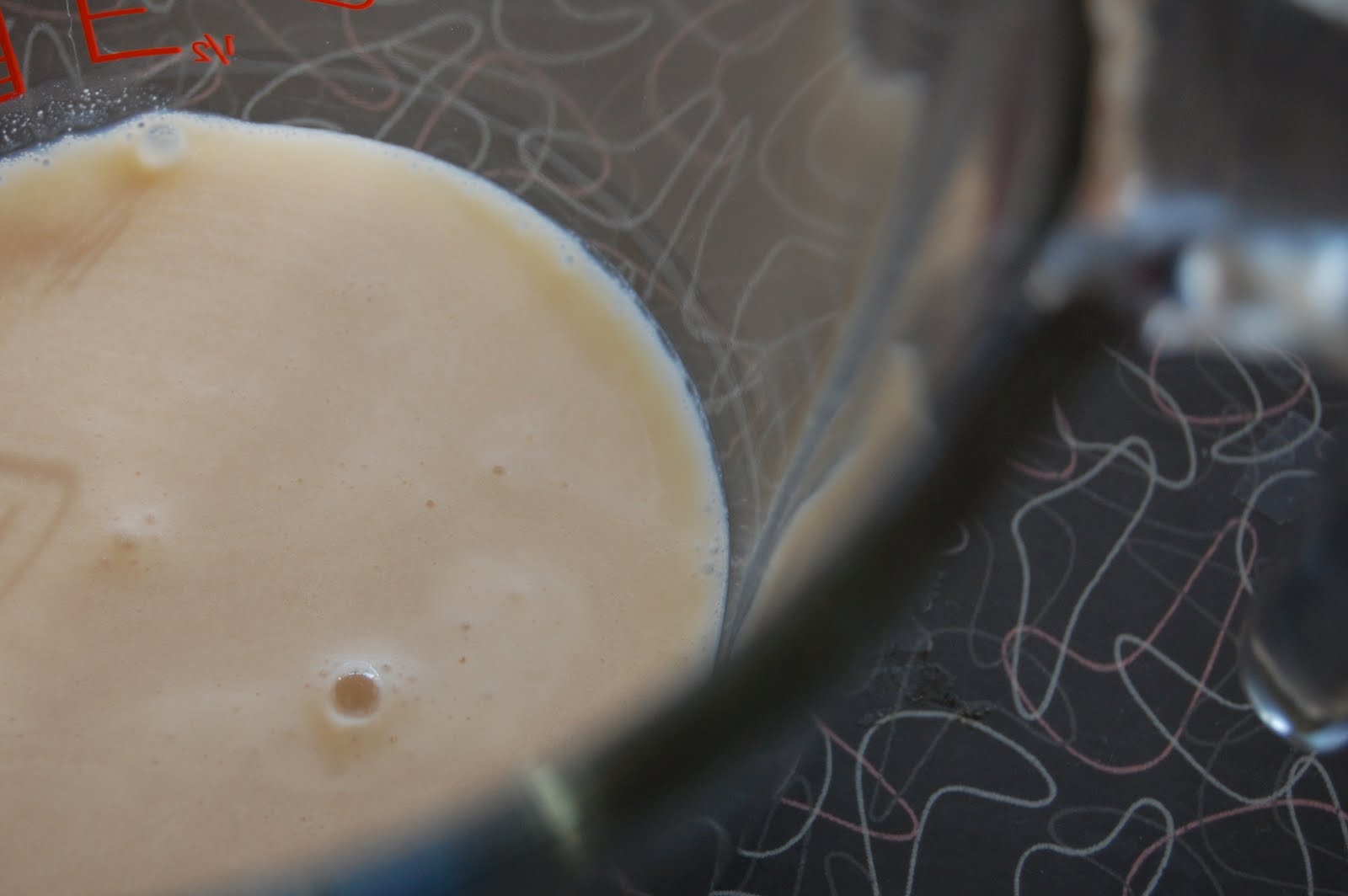 But when I woke up on Sunday, I knew it was the day. Joey was away, and no one was going to make that breakfast but me. And I’ll be damned if I wasn’t going to make some really good egg-free pancakes. I had even made butter on Saturday, and I had real actual buttermilk begging to be stirred into flour.
These are vegan pancakes, but I substituted buttermilk for almond milk , so they are no longer vegan. Oh yeah, and I cooked them in bacon fat, also perhaps denying them their vegan status.
They fluffed, they piled, they held their maple syrup like they were born to do it. As Sadie said,
“Mom, I think that we should make this recipe a family favorite.”
Fine by me. Done and done. 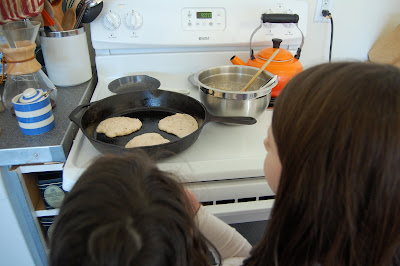 Bacon fat or butter, for oiling the pan

First, toast the walnuts. Put them into a small skillet and cook over medium heat, stirring, until they start to smell fragrant and deepen in color. Turn them out on a cutting board and roughly chop them. Set aside.
In a large bowl, whisk together the flours, salt, baking powder, cinnamon, and nutmeg. Stir in the chopped walnuts and ground oats.
In a separate bowl or large measuring cup, stir together the buttermilk, oil, and maple syrup.
Make a well in the dry ingredients and pour in the wet ingredients. Stir until just combined.

Lightly oil a skillet or griddle with butter or bacon fat. Heat the pan on medium high heat. Use about 1/4 cup of batter per pancake. Cook on the first side until bubble appear, and the sides of the pancake begin to color, about a minute. Flip the pancakes and cook on the other side for another minute or so.