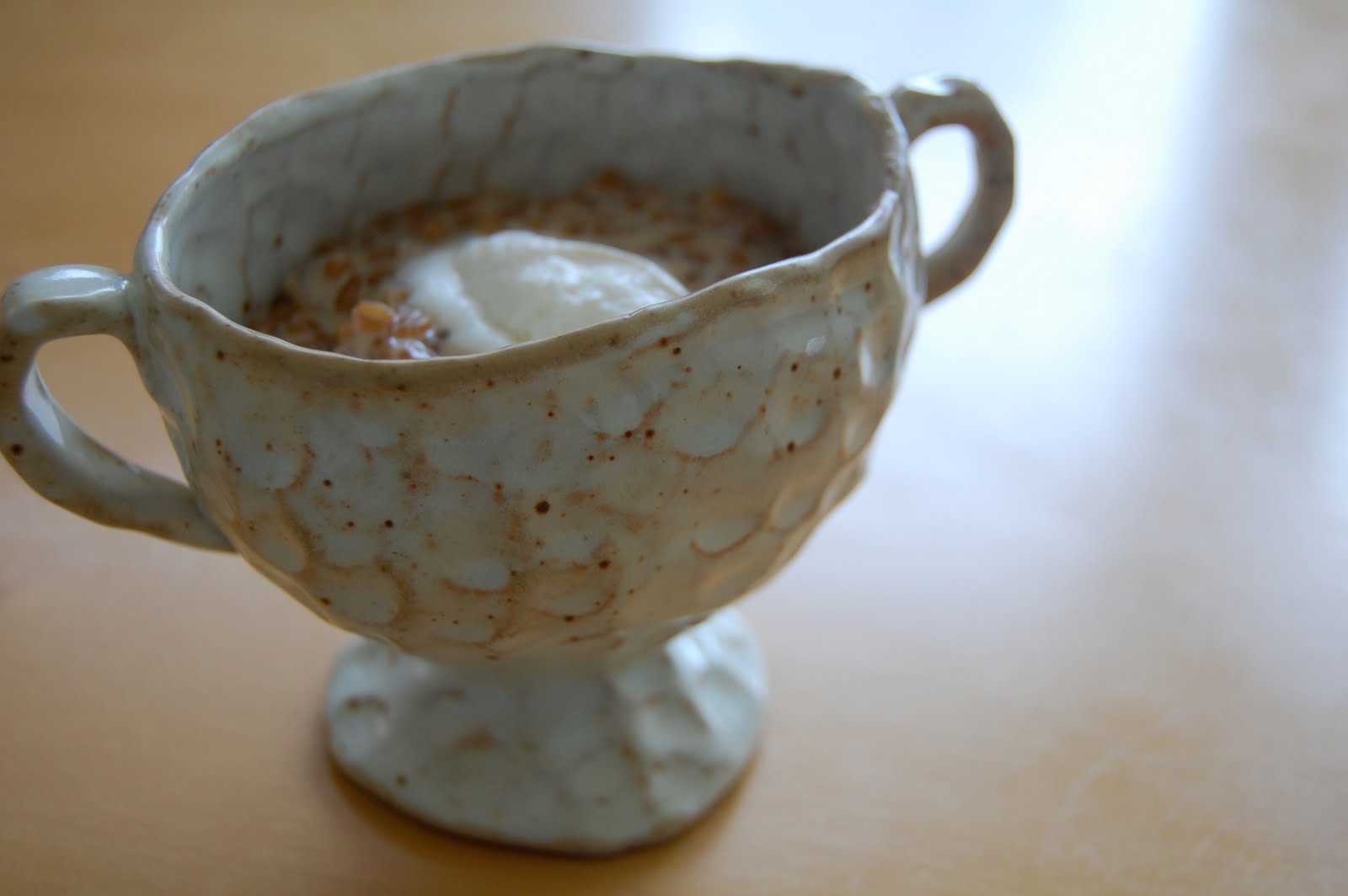 This is a loving cup.
My friend Naomi made it. It is a traditional wedding cup, but it seems to me to hold more possibilities.
Today I am testing its power.

Seven or so years ago, I went and had a baby, and that was all fine and good. 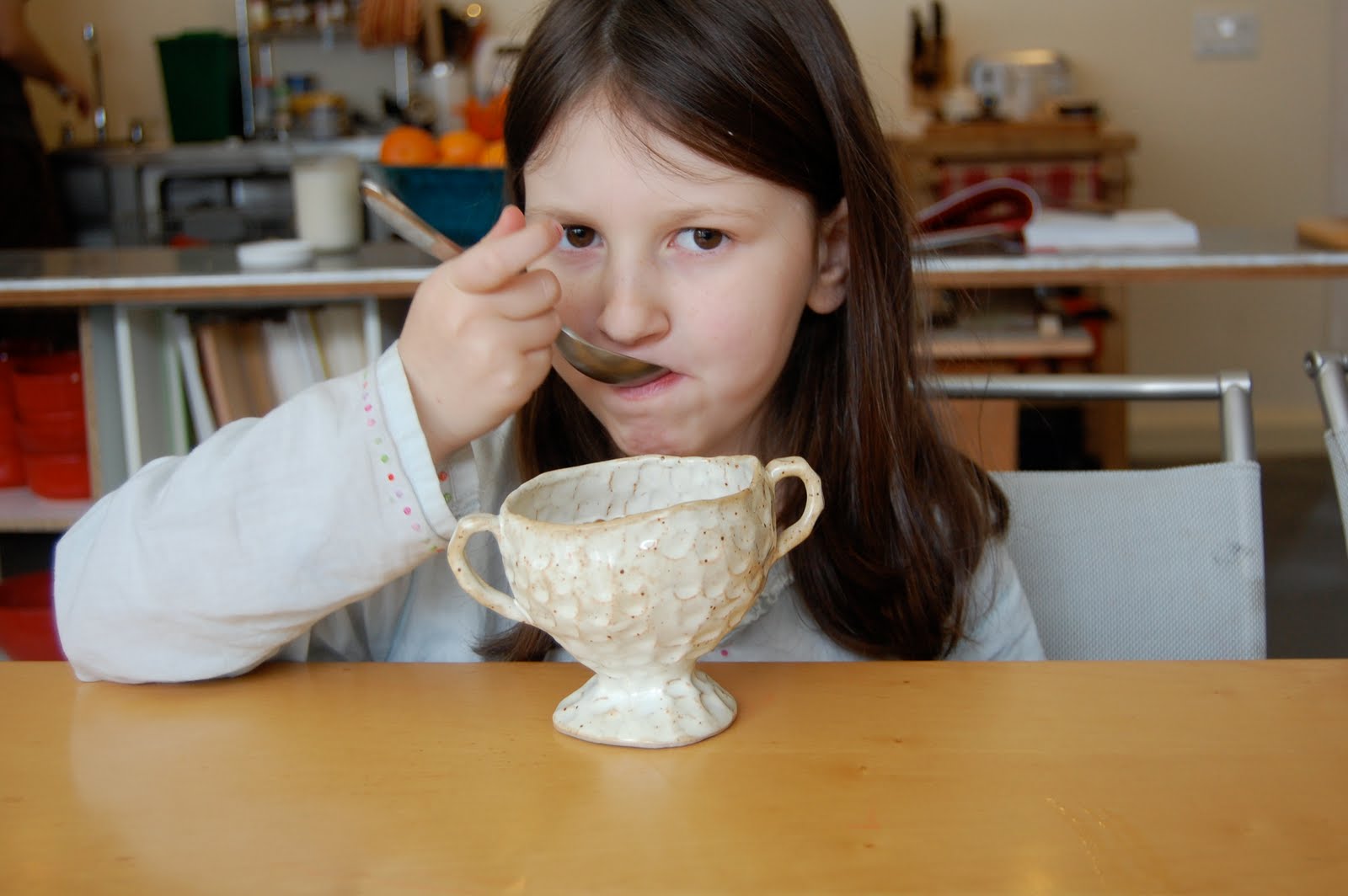 Not long after, another joined us, and then I had something altogether different. 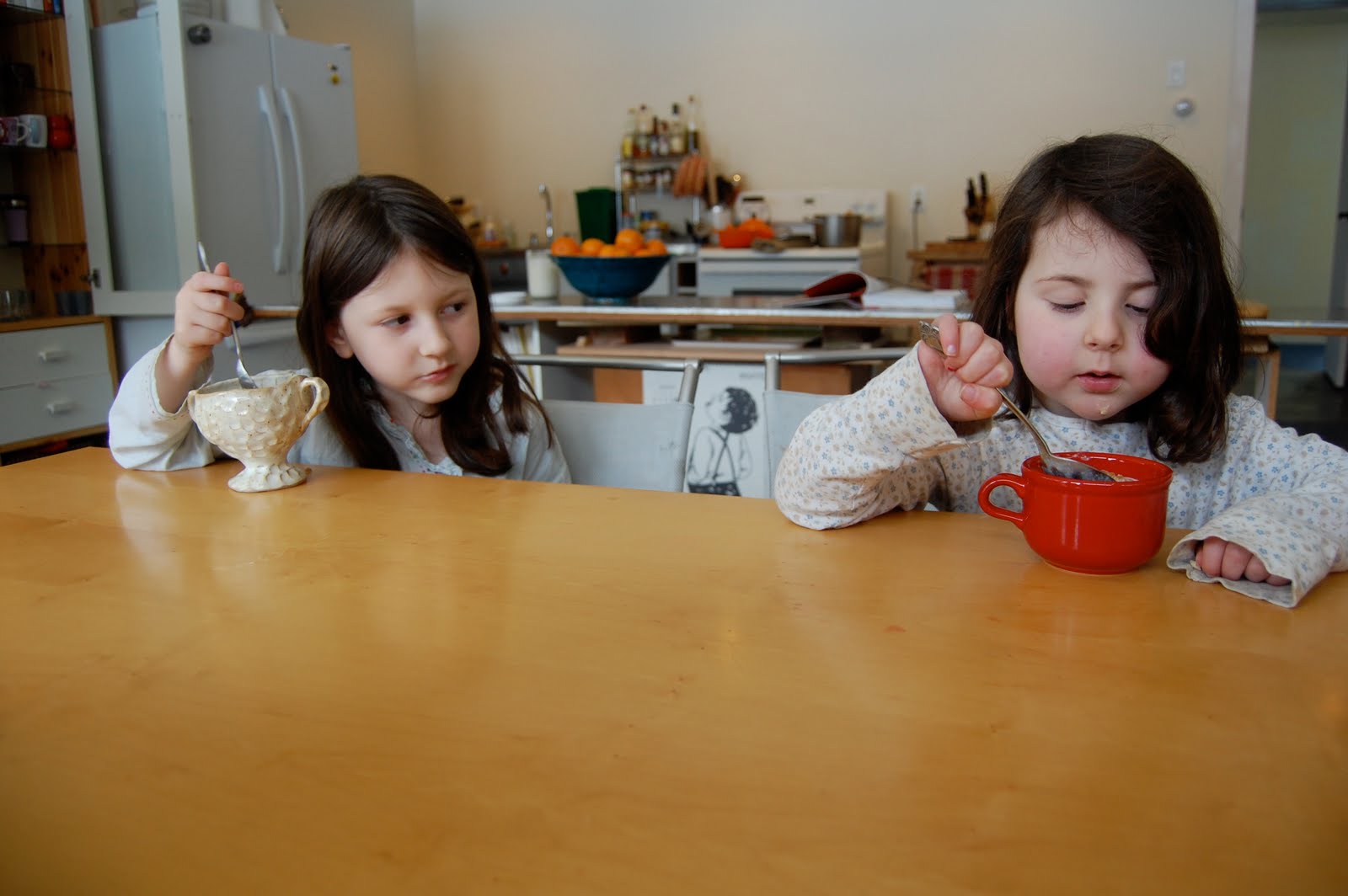 I had sisters in my house.
Real loving, hating, wrestling, tongue sticking outing sisters.
I think that as far as sisters go, they are doing okay. But for me, who was toted along through the world by my mother, who was treated as an adult from the beginning, who had my whole mother to myself, who longed with all my only child’s heart for a sister, this is all very new.

When my own sister finally came into the world, I was already grown up, and my children would become more like sisters to my sister. Sisterhood remains a mystery to me. I don’t even know how to begin to describe the manner in which Sadie and Rose love each other. They seem to love each other as much as they hate each other, and the two emotions happen at the same time.

After two weeks at home together, I give up.
I just don’t understand them.

Three months ago, in the effort to diminish the frequency of Sadie’s stomachaches, she stopped eating wheat.
Over the course of these months, Rosie has asked over and over,
“Does this have wheat? Can Sadie eat it?”
Although Sadie taunts and yells, and threatens to take her love away, Rosie continues to look out for her.
It is a little bit magical.
But I understand that Sadie’s love is worth it. For Rosie, Sadie is the sun. Sometimes I find this heartbreaking, but I know that of all the people in the world, Sadie might be the one who loves Rosie most.

Wheat berries are kernels of the wheat plant, wheat in its most whole form. They are earthy and chewy and nutty, and seemed to be just the thing for a ceremonious reunion with wheat. 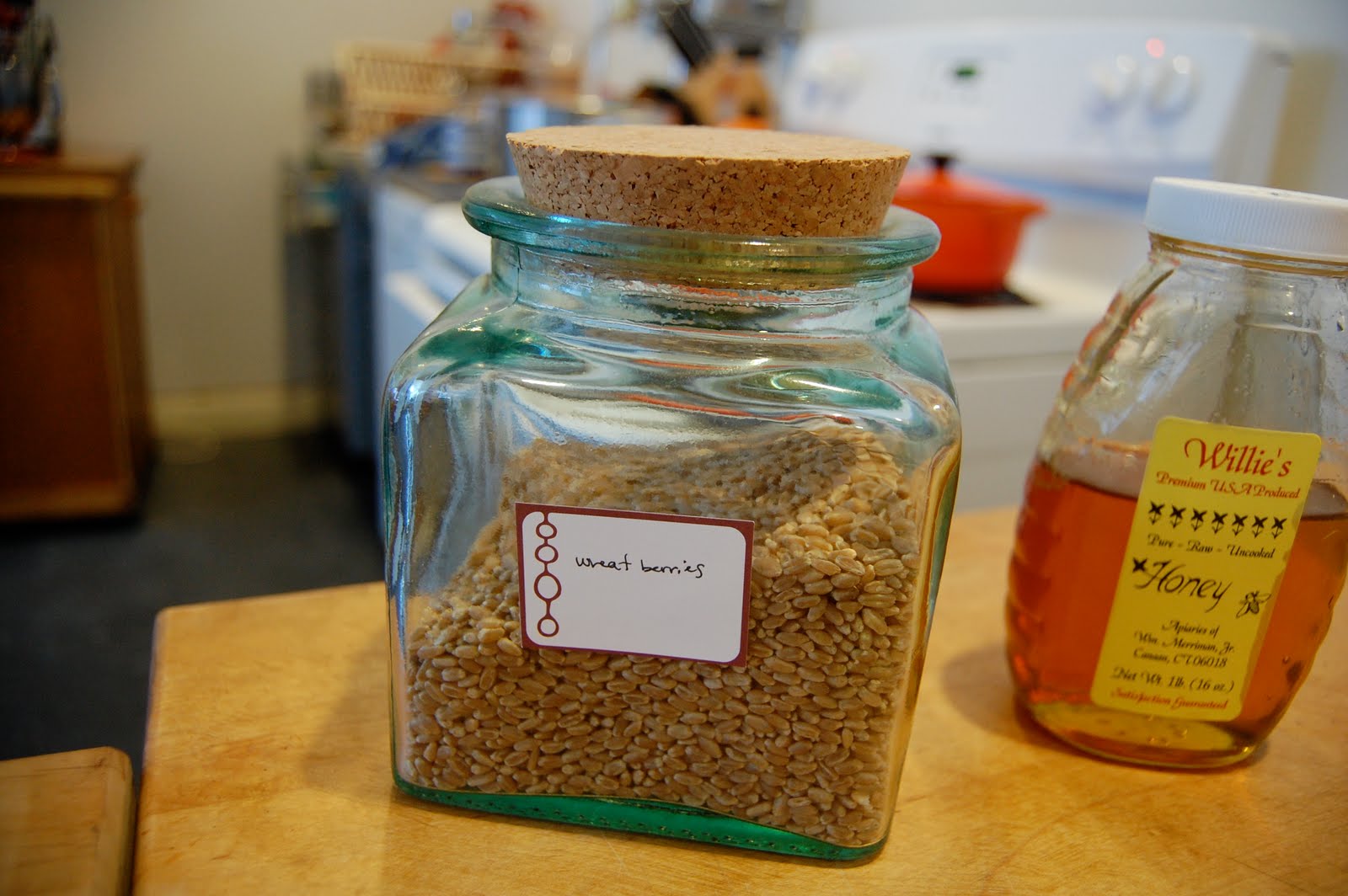 Stirred in a pot with milk and cinnamon, dates and honey, this might just be the thing for any morning, ceremonious or not. And if you have sisters in your house too, it will keep them chewing long enough so that you can have just a moment of peace. 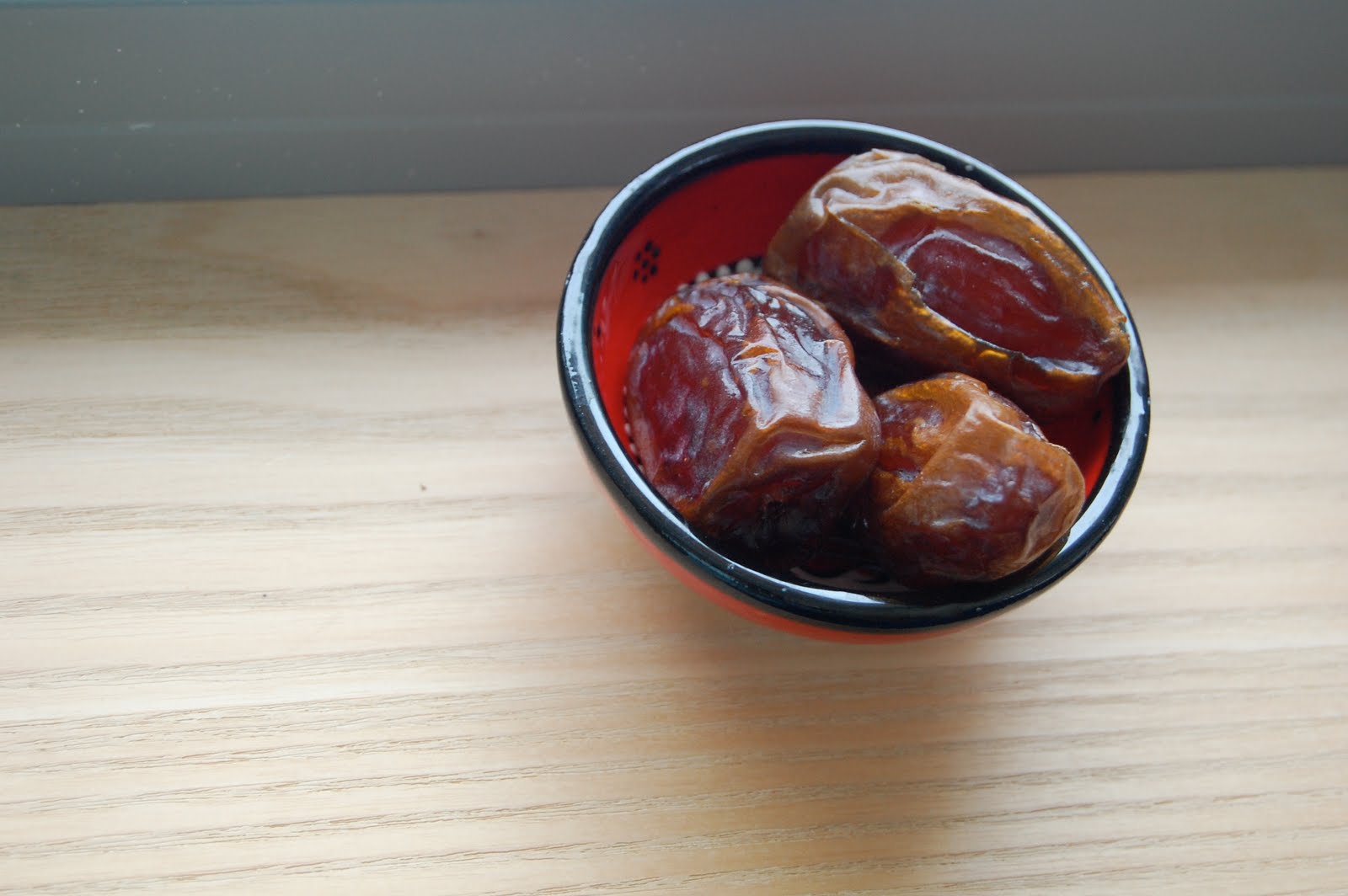 Note: Lorna Sass has this recipe in her dessert section, and it would certainly work as such. Garnished with whipped cream, you have dessert, but with a bit of cold cream poured on top, I call it breakfast.

In a heavy saucepan, combine the milk and honey and bring to a boil. Stir in the cooked wheat berries, cinnamon, and salt. Return to a boil, then reduce the heat and cook at a gentle boil for 30 minutes, stirring occasionally. Skim off any skin that forms on top.
Stir in the dates and continue to cook at a gentle boil, stirring occasionally, until the mixture thickens, about 10 minutes.
Serve hot, garnished with cream.

« day one, and a new year's giveaway
a winner! and bagna cauda for your day »