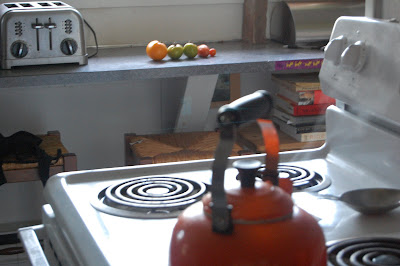 This past weekend, I had the lucky opportunity of attending an little event called The Future of Food Writing. The crew behind The Mount, Edith Wharton’s estate, are trying to revitalize the building’s place in the community, and they are embarking on a series in honor of the written word.
The panel was pretty weighty. Christine Muhlke, the New York Times editor and writer, was the moderator. She invited giants from many sides of current food writing, and the panel included Amanda Hesser, previously of the New York Times, and now of Food52, Oliver Strand, an old school freelance writer who writes the 25 and under column for the New York Times, Kim Severson of New York Times agriculture and locavore fame, Amanda Kludt, the editor of eater.com, and Judith Jones.
There were very few seats in the little room, and I’m entirely indebted to a good friend who opted to be elsewhere at the moment and to gift me with his. I sat myself right there in the front row so as not to get distracted by the audience, a practice which tends to engulf me. And then they discussed it: the future of food writing.
Honestly? I must tell you that there was doom in the air. This might have something to do with the high percentage of New York Times employees? Although everyone was certainly friendly and upbeat, there was a fair amount of comic animosity toward Amanda Kludt, the twenty-something internet maven who seemed to be one of the only people who was still regularly getting to eat out for free. When New York Times Kim turned to eater.com Amanda and asked something like, Do you have a moment of silence on Wednesdays for all of the food sections you’ve killed?, internet Amanda laughed very nervously.

I could tell you a lot more about the near extinction of food writing as we know it, but I want to tell you about the optimistic part. Judith Jones, the famed editor of Marcella Hazan, Claudia Rodin, and, um, well, Julia Child, was the kind of woman who you just want to clap after everything she says. Now in her eighties, Judith Jones is raising cattle in Vermont and continues to champion the work of cooking at home. As the panelists talked about their favorite restaurants in New York, she said that she preferred to eat at home, a sentiment shared by Amanda Hesser, who has just started a website that creates an online cookbook from home cooks around the world. (Go check out her site by the way- it lets you scroll through recipes with your elbow so as not to get flour in your laptop- brilliant!)
The truth is, many people can’t afford to eat out these days, which is why it is a perfect moment for empowerment in the kitchen. But I can say with absolute certainty that the scope of food writing available, from cookbooks, to the New York Times, to food essays, all feed the moment when I stand at my counter deciding what to cook. Even if I can’t eat at Per Se or Daniel, I want to know what other people are eating there. And although my soul and my menu plan are certainly highly fed by other bloggers, professional food writing creates an essential platform from which our inspiration can start. If the internet is truly to be the death of food writing in print, we are sad cooks indeed.
Yesterday, Conde Nast announced that they are shutting down Gourmet Magazine. For seventy years, they have brought good eating into little corners of the country, teaching people about quinces and roast chicken, and November will be the last issue. Although I walked out of the food writing panel on Saturday feeling optimistic, this news has certainly put gray sunglasses on the whole affair. If I can’t get nauseous every time Ruth Reichl walks through the farmer’s market, thinking about that dream job that might come my way if I could just say the right thing about turnips, what do I do now? And more importantly, what do I cook?
I guess there is always the new Gourmet Cookbook, but there will be a vast hole in the world of good eating that the magazine has occupied. RIP Gourmet. We will try to honor you with our meals, forever.